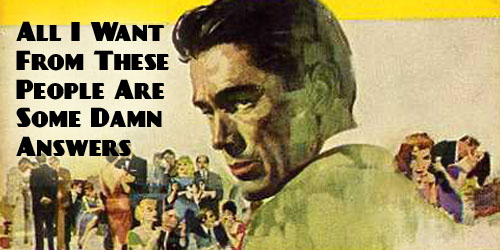 You may be aware that the Centers for Disease Control and the United States Department of Agriculture have proclaimed from their lofty towers that we poor common folk ought to be drinking only one drink per day (if we be lady folk) or up to two drinks per day (if we be men folk). This is their definition of “moderate drinking,” and it has remained in place for quite some time, informing everything from public policy to the kinds of questions your doctor might ask you.

That second point is no exaggeration–in a previous job, I worked with medical students as something of a “simulated patient” so that they could practice relating to people (portraying real patient case files) as actual people instead of animate hunks of insurance-backed meat. This is how I first heard about the definition: I was portraying a patient case intended to help med students confront someone about their drinking habits. As I recall, my character drank about a sixer after work a couple of times a week, amping it up on the weekends to–gasp!–maybe 10 or 12 beers over the course of an entire Saturday. He never missed work, was in good shape, and had no personal relationship or family problems. He was a solid blue-collar worker who loved a cold brew and thought nothing of being honest with his doctor, the very person who could freely ask him to disrobe in order to poke at his jangly bits and who could ask all kinds of intimate questions about his life without it being weird. The physician running the session informed me that the American Medical Association sticks with the 7/week for women, 14/week for men hooch limit, and that I could feel free to inflate my own case numbers a bit if I wanted to challenge the students.

After a few students had their shot at practicing their medical interviewing skills on an easy setting, I just subbed in the rough numbers from my own previous week only to have a student laugh in my face and arrogantly proclaim “No way. This can’t be serious.” The instructing physician halted the session, and I had to hold back my righteous indignation like so much warm Schiltz at the back of my throat. Hell, I surpassed the patient’s intake and was at my goddamn job that very moment, doing it brilliantly.

With that exchange, I became curious as to how some faceless organization at the federal level came about determining what does and does not constitute “acceptable” drinking in such a way as to reduce it to a simple number applicable to entire genders. No sliding scale, no adjustments of any kind. Low and behold, the USDA’s Dietary Guidelines Advisory Committee’s report for 2015 is available online. Any group with such a bureaucratically inoffensive name must be hiding some hideous bullshit, and they tend to be very good at burying it. And buried it was. After more than a hundred mentions of “alcohol” and “moderate alcohol” consumption, they offer this unsupported definition on page 541, deep in the bowls of one of the many appendices:

Nowhere is it apparent how they came to that determination. No footnotes, no citations of scientific studies, not a damn bit of evidence to support it. Granted, my bourbon binoculars (the classier version of beer goggles, but they see deep into the truth of things) can only take in so much information at a time, but I couldn’t find a shred of reasoning for these arbitrary numbers. So I went to the CDC’s website for Alcohol and Public Health to contact them with my question. This was the lush-hating lion’s den, the belly of the bureaucratic whale, so I decided to tread lightly. Here was my diplomatically worded (if not overly cautious) question:

I am very curious as to the science or the method behind the determination that “moderate drinking” translates to one drink per day for women and up to two drinks per day for men. I have read through the 2015 DGAC Dietary Guidelines report and took interest in Appendix E-5, lines 249-252 in which “moderate alcohol consumption” is defined. The rest of the report seems to include a lot of information behind the rationale for certain limits of other consumables and substances, but this section seems oddly light in that regard. I would be very interested to learn if this limit is the result of scientific/dietary studies or if it is a recommendation based on either anecdotal or statistical sources outside of medical research. I appreciate the thoroughness of this report and would greatly appreciate some help in understanding how this limit was established.

Thank you for your time and your efforts,

Polite, isn’t it? Some careful wording, a few pleasantries to disguise what I really thought about the matter–and a fair question, to boot. They needn’t know that behind those velvet verbal gloves are iron fists steadfastly clutching a bottle of 90-proof Kentucky straight. 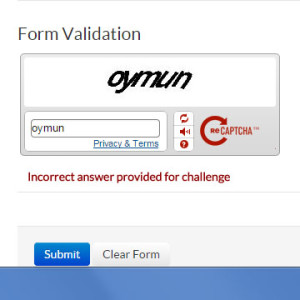 Oh, you bastards. This was somewhere around my 15th attempt (reloading every time for a new mangled string of nonsense) at the damn validation required before I could submit my humble query. I even tried that little speaker icon, where the site plays an audio clip of a string of spoken numbers (all very clear, and I know my goddamn numbers, thank you). I even tried reloading the page, tried it in a different browser, even tried it on a different machine with a different operating system, and every time it came up as an “incorrect answer.” It dawned on me like the unforgiving rays of a Thunderbird hangover the size of the Sun: the CDC doesn’t want to answer your questions about booze. They won’t even let you ask them. Now, maybe it was a fluke. Maybe there was some technical gremlin pissing on the wires or something. But it sure smacks of cowardly avoidance. This feels intentional.

You all know the question that is being begged here: what are they hiding? They set arbitrary numbers without having the hairy rum-pouches to back them up with even a faint reason, and those numbers affect some very personal parts of our lives. So I’m calling them out. Like Thor and his mighty Mjolnir, I’m going to bring this Brutal Hammer to bear on them until we get a damn answer. Information is valuable, and the more they withhold, the more ground they can take from us. And I have some free time, so it works out pretty well.

Unless this really is just a technical glitch. Either way, I’ll be back for them.

And if you haven’t already read it, FKR’s report on other CDC shenanigans here is a vital read.