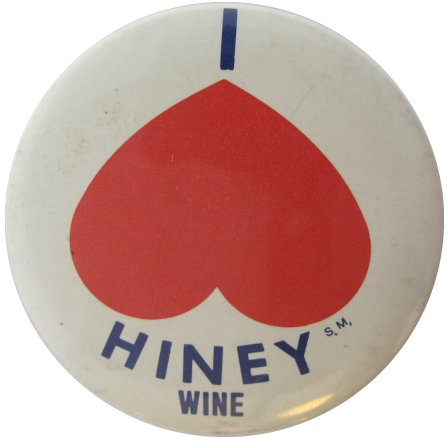 As hoaxes go, so-called Hiney Wine — advertised on radio stations all across America in the early 1980s — wasn’t too hard to see through. Nevertheless, enough people got taken in that the gag took on a life of its own, even spawning a real-life Hiney Wine that still stalks the land to this day.

Hiney Wine was the brainchild of a radio DJ named Terry Dorsey, who in 1981 was the morning guy at struggling station KPLX in Dallas. Dorsey scripted a bogus commercial for a place called “Hiney Winery” and aired it for laughs. The winery was supposedly founded by Uncle Harry Hiney, a homebrewer who was persuaded by his nephews Big Red Hiney and Thor Hiney (get it?) that “his Hiney was too good to keep to himself.” No butt-joke or bad pun was too lame to run: the entire Hiney clan formed a “crack inspection team” to ensure no Hiney Wine was sold before its time, and the Hiney Winery motto was, “you only go around once in life, so grab all the Hiney you can get.”

The Hiney spots proved to be such a hit — and fooled enough listeners — that Dorsey and the general manager at the station, T. J. Donnelly, sold the scripts to radio stations around the country (Los Angeles DJ Rick Dees, of “Disco Duck” fame, ran them for years). The ads were altered to give a different location for Hiney Winery depending on where they aired. Listeners in Virginia (for example) were told Hiney was headquartered on Butts Station Road in Chesapeake, Virginia; Vermonters were told it came from the small town of Hinesburg, Vermont. The location given was usually a real place, and residents of these obscure locales found themselves fending off visitors asking, innocently or not, where they could find Hiney.

Dorsey and Donnelly made even more money by selling Hiney paraphernalia: buttons, ballcaps, t-shirts and the like. They kept the hoax alive as long as possible, changing locations around and telling callers who complained they couldn’t find Hiney that the winery had burned down, but would be re-opening again shortly.

Eventually the gag ran its course — some would say none too soon. But in 2008, Donnelly took a shot at reviving Hiney as an actual wine. Sourced from grapes provided by respected Skylite Cellars in Washington State, “Big Red Hiney” is apparently not bad, a blend of cabernet, syrah and merlot grapes that has earned solid reviews.

Of course there are also double-entendre Hiney ads to support the brand, not on radio this time but viral videos. Uncle Harry and Seymour Hiney (get it?) discuss putting fruits and nuts in their Hiney to spice it up: “I put an apple in my Hiney, and I kind of liked it.”

Donnelly and Skylite must be doing something right. You can’t get a hold of any Hiney right now, because it’s completely sold out. In response to an email, Skylite informed The Brutal Hammer that the next vintage is in barrel, “expected to be bottled in late summer 2016.” Amazingly, this literal joke of a wine is no where near the end.