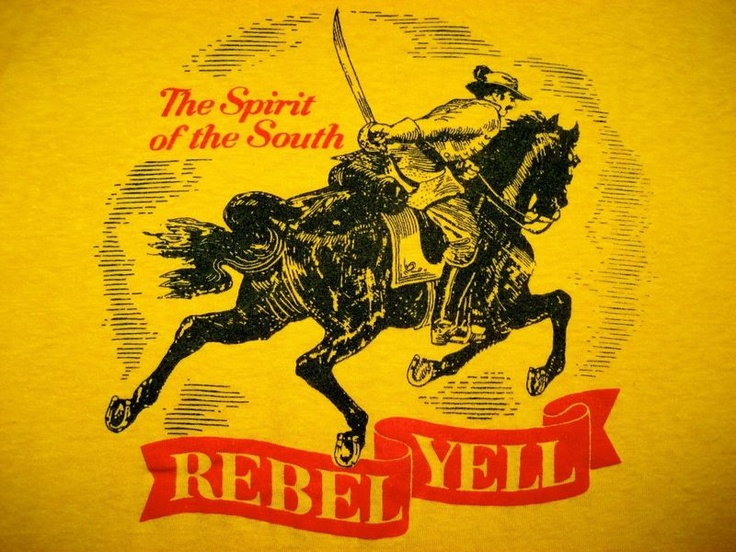 The juice that once inspired Billy Idol is looking better than ever. Rebel Yell bourbon, it was announced last month, is unveiling a 100 proof version, just like it used to taste when the brand started out:

This whiskey – crafted according to the original time-honored recipe with a smooth ‘wheated’ mash bill – features honey, vanilla and caramel notes followed by oaky tones and a deep, warm finish. This whiskey will also have the new brand packaging enhancements and has an SRP of $19.99.

Even the watered-down 80 proof version of Rebel is pretty good, so this is a pleasant surprise. More surprising still is that, in these politically correct times, a brand with Confederate connotations hasn’t been drummed out of business.

Rebel first raised its banner in 1936, but didn’t go public until the early 1960s, to mark the centennial of the Civil War. According to bourbon historian Chuck Cowdery, it wasn’t even available north of the Mason-Dixon line until 1984. The original labels featured artwork of a gray-clad cavalryman flourishing a saber, and billed it as “The Spirit of the South.”

Apparently Rebel picked up a cult following that included The Rolling Stones. According to a VH1 documentary on Billy Idol (you can watch it here) it was at a birthday party for Mick Jagger that Idol saw the Stones downing bottles of Rebel Yell. The English-born Idol thought the name was “brilliant,” and so was born one of 1983’s biggest hit songs. Coincidentally or not, it was the next year that the bourbon started selling nationally.

Rebel Yell has never been advertised and has always kept a low profile — probably wise these days. It’s not always easy to find, but it is much better quality than its bottom-shelf price would suggest. If the 100 proof does indeed sell for $19.99, it sounds like a bargain. Try some while you can.