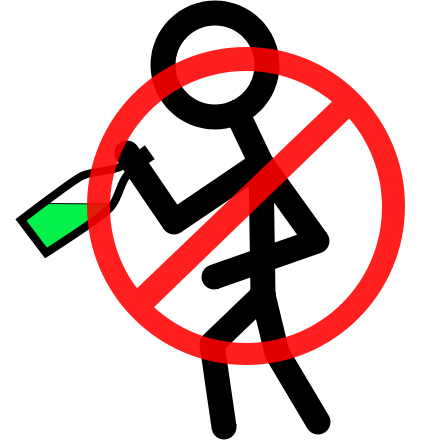 The Dries haven’t gotten a charge like this since Carrie Nation was swinging her hatchet.

A study published last week in the medical journal The Lancet (which is fast becoming the leading voice of modern-day temperance) proclaimed “no safe level of drinking.” Even the paltry limits recommended by the CDC (no more than one drink a day for women, two for men) are too lenient. Abstain.

The eye-glazing report claims to encompass citizens from 195 countries over a 16-year period, relying on 694 sources of data and 592 separate studies… well, you get the idea. The authors like to throw impressive numbers around.

Taken together, these findings emphasize that alcohol use, regardless of amount, leads to health loss across populations. Although we found some protective effects… these effects were offset when overall health risks were considered—especially because of the strong association between alcohol consumption and the risk of cancer, injuries, and communicable disease.

Cancer, injuries, and communicable disease might seem like separate categories from alcohol abuse. They never are to fanatical teetotalers, who will use any device to ghoulishly inflate the number of “alcohol-related deaths.” Thus The Lancet report cites 2.8 million deaths every year worldwide “attributable” to alcohol, whether the person expired of syphilis or in a car wreck.

It was inevitable that some outfit or other would eventually take the next step and describe all drinking as unsafe. The Brutal Hammer noted earlier this year that this is the M.O. of the Dries, to slowly nitpick booze out of respectable society, always justified on grounds of public health and safety. Just as predictable was The Lancet authors’ call to action: minimum unit pricing, restrictions on alcohol advertising, a “rethink” of alcohol’s many health benefits, and so on and on, the usual roster of do-gooder reforms that we’ve been threatened with for years.

At least one academic denounced the absurdity of The Lancet’s conclusions. According to Cambridge professor David Spiegelhalter, “Claiming there is no ‘safe’ level [of drinking] does not seem an argument for abstention. There is no safe level of driving, but governments do not recommend that people avoid driving.”

“Come to think of it.” Spiegelthaler went on, “there is no safe level of living, but nobody would recommend abstention.” Let’s hope the professor’s common sense didn’t get lost in the hype around last week’s report.

(The full report can be read here.)