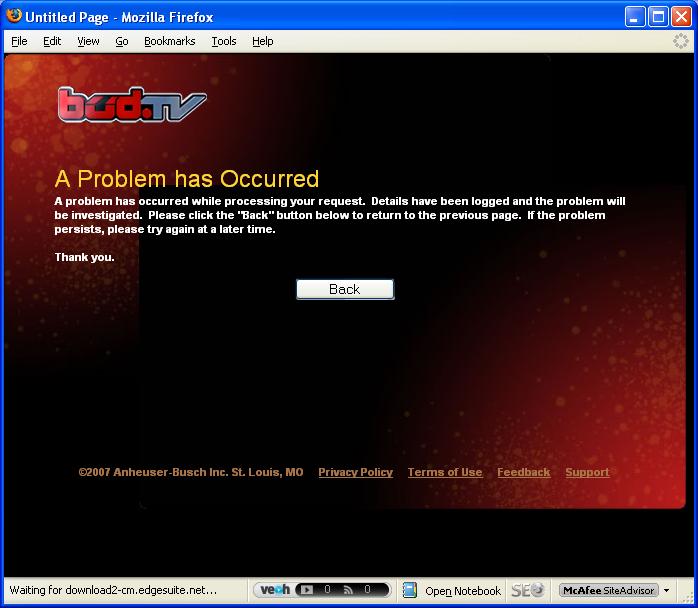 Remember Bud TV? That was the first time a beer company tried to set up an online entertainment network. It was a fiasco, and Anheuser-Busch pulled the plug on Bud TV in 2009, less than two years after it launched.

Undaunted, the popular craft brewer BrewDog has just launched its own entertainment channel. The BrewDog Network is an an ad-free, on-demand video subscription service that invites viewers to “join the craft beer revolution.” A strange brew of comedy, travel, and beer talk, BrewDog is hoping to build a Netflix-like destination where A-B so spectacularly failed.

Bud TV ‘s failure wasn’t because of a lack of money. The King of Beers budgeted $30 million for the first year alone and hyped it in its 2007 Super Bowl ads. Expensive talent was hired to provide content. Joe Buck and Dale Earnhardt Jr. signed on to do sports shows. Ben Affleck and Matt Damon’s production company agreed to do a reality show called “Finish Our Film.” But most of the lineup was 1-3 minute comedy skits in the same spirit as the brewery’s famous commercials.

Too bad it was such a hassle to log on and watch. Bud TV was crippled from the start by a complex age-verification system, to ensure no under-21s were exposed to beer-drinking. The process was so laborious that, according to the book Bitter Brew, CEO August Busch IV himself complained he couldn’t create an account.

Two months into its run, according to Advertising Age, Bud TV had a mere 153,000 visitors. In April, 2007 it ranked as the 49,303rd busiest site on the Web — one place behind www.rubber-cal.com, a site that sells sheet rubber products. An episode of a comedy sketch called “Replaced by a Chimp” had exactly 384 views on YouTube.

Things only got worse from there. The next month, the Web measurement service Comscore reported that traffic to Bud TV was so light, it could not be detected. Eighteen months later A-B stopped the bleeding.

At least Bud TV was free. The BrewDog Network is charging $4.99 per month for its content. For that you get 14 original series to start with, watchable on any device with unlimited streaming. As the network itself describes it: “unlimited access to the finest craft-inspired content in the world.”

Such as? Well, the headliner is “The BrewDog Show,” in which the brewery’s two founders travel the world to brew and drink beer. There’s a game show set in a bar called “Are You Smarter Than a Drunk Person?” There are shows about cocktails and spirits, and one in which William Shatner drinks wine out of a paper bag.

Worth $5 a month? It’ll be interesting to see if BrewDog’s foray into entertainment turns out any better than mighty A-B’s did