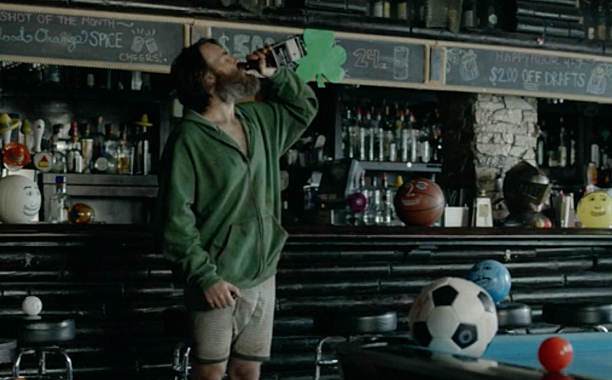 After losing his bid for reelection, 14th U.S President Franklin Pierce famously observed, “After the White House what is there to do but drink?”

And you would think that same fine logic would apply to the End of the World. After humanity has all been but wiped out, you’d think heavy drinking would naturally follow, and for many excellent reasons.

There’s nothing better for relieving stress, after all, for easing you past traumatic events and blotting out reality when its weight becomes too tremendous for your psyche to bear. When grappling with the knowledge that everyone you knew or loved is dead, or worse, undead, what else would there be to do but drink?

But if recent dramas are to be believed, the post-apocalypse is a teetotaler’s paradise. Revolution reminded me of an ‘80s after-school special, back when MADD had every producer in Hollywood under its heel. The most popular of the bunch, The Walking Dead, rarely shows alcohol use, and when it does, it’s almost always cast in a negative light. The main villain, The Governor, was the only character allowed to drink with any sort of dignity, and that was just a neat whiskey or two at the end of the day. Another scene was so ridiculously prohibitionist it makes me laugh just thinking about it: When it’s discovered one of the gang is carrying a nipper bottle of cognac in his rucksack (for the quiet times, he explains), Daryl throws a school-yard hissy fit worthy of Carrie Nation.

Thankfully, all that has changed with the arrival of Fox’s excellent new comedy series The Last Man on Earth. The title’s namesake, Phil Miller (hilariously played by Will Forte) hasn’t a teetotal bone in his body. After driving around the lower 48 and Alaska in an RV, unsuccessfully seeking out fellow survivors (a vaguely-addressed virus wiped out humanity and apparently dissolved all the bodes), Phil goes an epic bender. He starts drinking when he wakes up and continues with gusto until he passes out. He rinses toothpaste out of his mouth with beer. He lounges in (and drinks from) a kiddie pool topped up with Margaritas. He guzzles whiskey in a bar while conversing with an assortment of  balls (a nod to Cast Away). He pairs a $10K bottle of wine with Spaghettios and Cheeze Whiz. He gets so loaded (and lonely) he hits on a mannequin. He drinks until his house is shin-deep in empty beer and liquor bottles. Every surviving bottle of liquor, beer and wine on the planet belongs to him and he seems willing to take a stab at drinking the whole lot.

And what’s so surprising, is all this powerhouse drinking is done without any noticeable amount of the usual hand-wringing  or dum-de-dum-dum! consequences.

Phil Miller drinks as we would, given similar circumstances. And while I’m sure the fine momentum he’s built up will taper off, at least a bit, it is refreshing to finally get an honest, non-politically-correct portrayal at the End Times.