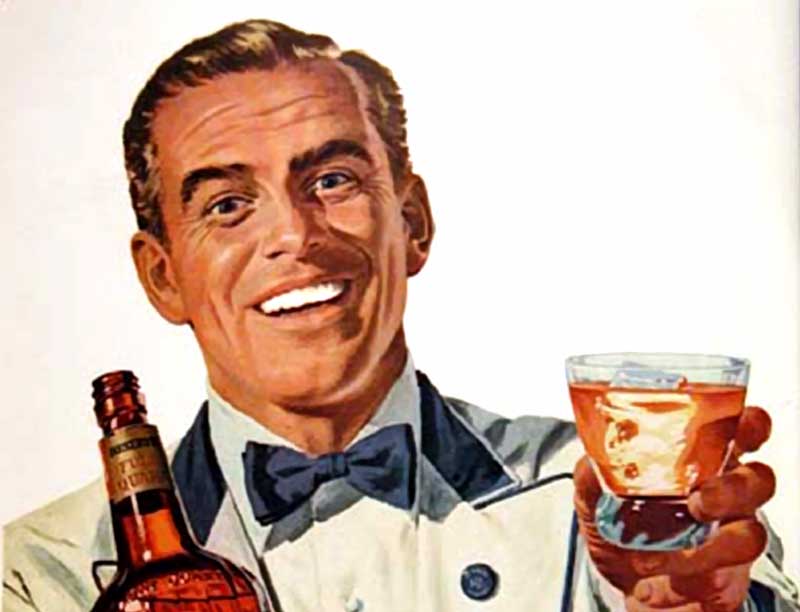 Truuuuuuust me. It's the real deal!

When the startling news broke that a TABC investigation revealed that nearly a third of Texas bars were selling bottom shelf booze as the good stuff, the first thing I noticed after absorbing the leading two articles was this: there is no good word that suitably describes this ancient treachery.

The phrases phony pours and counterfeit liquor were served up in the Dallas News article, but the former isn’t specific enough and the latter is likely to be confused with the made-in-a-basement-by-the-local-version-of-the-Mafia counterfeit hooch that regularly poisons drinkers in Europe and Asia.

Which isn’t what’s going on here. What’s happening in Texas–and undoubtedly every other state in the union–is bar owners or their minions are pouring cheap liquor into top- or even mid-shelf bottles and selling it as such. In the industry this is called marrying the bottles, but the problem with that word is it also applies to pouring the exact same liquor from one bottle to a matching bottle. Which is also illegal, but for a different reasons.

The KSAT article, on the other hand, rolled out substituted liquor, but that certainly doesn’t ring. I sense a definite vacuum, which is why I am shoving the pleasant portmanteau shambooze into the linguistic arena as the definitive new word to describe the deceptive practice of selling cheaper liquor as something better.

“Why, I suspect this bar of engaging in shamboozery.”

“Yes, I’m pretty sure this goddamn bar just  shamboozled me.”

“Suh, your flagrant shamboozin’ has stricken a dire blow against the name and reputation of the great state of Texas.”

Update: It’s been brought to my attention that shamboozled (as evidenced by its etymological predecessor bamboozled) rings more truly than shamboozed, and I couldn’t agree more.