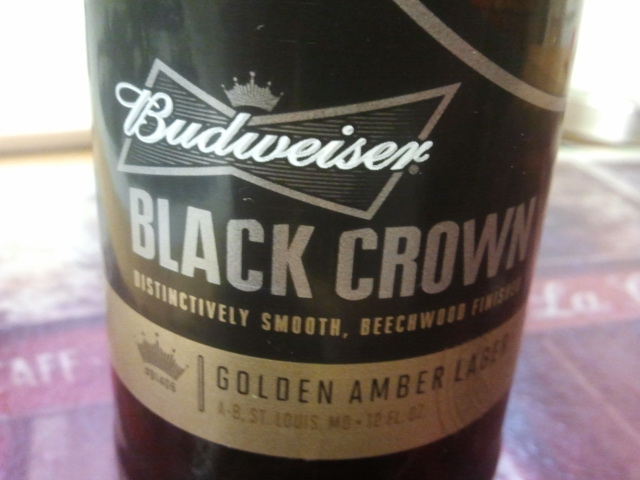 So long to Budweiser Black Crown, the upscale version of Bud that was axed by A-B InBev last week — along with a dozen other of the brewery’s failures.

Launched with much fanfare just three years ago, Black Crown sold poorly and went downhill from there. Things got so bad that it became hard to find here in the St. Louis area, Bud’s home turf. Crown was actually okay for macrobrew, reasonably priced and with a higher (6%) ABV than traditional Budweiser. Alas, the world decided it could get by without it, and Black Crown was dethroned.

Less lamentable is the departure of Oculto, also given the heave-ho by the brewery in last week’s purge. This “agave-infused” freak of a beer was supposed to suggest tequila flavor, and the labels were illustrated with Mexican Day of the Dead masks. Dead is what Oculto is now, after only a year on the market, perhaps finally putting an end to the strange tequila-beer trend.

Gone too are a host of other beers that will not be missed: Busch Signature, Beck’s Dark, Shock Top Raspberry Wheat, and a raft of “Ritas” that couldn’t live up to Bud Light Lime-A-Rita’s initial success. I never realized A-B had so many brands until half of them were extinguished.

Which might have been the problem in the first place. Who was asking for a Raspberry Wheat version of Shock Top? What was Beck’s Dark’s reason for being? Trembling in fear of the craft beer revolution, A-B InBev’s strategy seems to have been to throw everything at the wall and see what sticks.

Will they change course now? Not looking like it. The brewery has announced that Pineapple Splash and SpikedSeltzer are on the way.