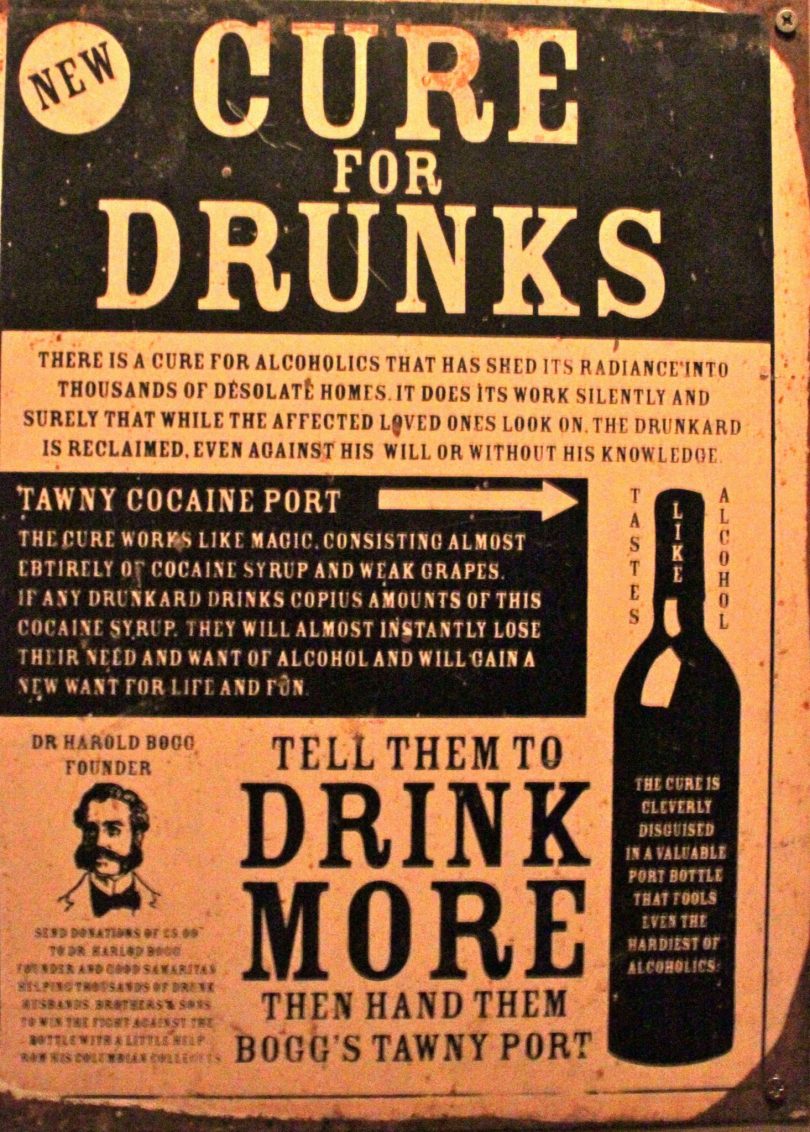 If you were around in 1985, you might remember the big scare to come out of Europe that started a panic over wine additives and gave fuss-pots everywhere something new to worry about. The problem was this: scientists discovered that some Austrian wineries were adding diethylene glycol (which is what gives anti-freeze that oh-so-sweet flavor we warn kids about) to some wines in order to bolster sweetness and make the wines taste more robust than they really were. Some of those Austrian wines were shipped to Germany where they were blended into German wines, and we all know how particular the Germans are about their booze. That scare made people world-wide more curious about just what went into their wines and has put pressure on winemakers to be more transparent about what makes it into the bottle. As fellow Hammer Bryan Dent has noted, wine drinkers are still on-edge about potential hazards in their vino (even if they turn about to be bogus), yet we are living in a Golden Age of cheap wine. However, there is an all-too-common additive to most of our top-10-selling wines that might rub people the wrong way and it gets virtually no attention: Mega Purple.

This issue is not new, since reporters and oenophiles have been writing about this for at least a decade, yet it gets little public attention. For me it started last week when a woman came into the liquor store where I work and said “I’ve heard that some South American wineries put extra coloring in their wines. Is that true? I don’t want to drink wine that has added coloring.” I was genuinely stumped. I told her “I wouldn’t be surprised if some wines do have color added–I guess if they had a bad growing season or a bad fermentation or something like that” I replied like the muppet I am. With no real answer, I later went to my wine guy (yes–I have a wine guy and he is spectacular) and he started digging around. It turns out that Mega Purple is the industry go-to for adding extra color to reds since the public expects that a light color means a weak body and therefore a lesser-quality wine.

As far as wine additives go, Mega Purple is pretty innocuous. As the graphic at the head of this article notes, cocaine was totally a thing that made its way into wines (or at least sham-wine in port bottles to cure people of their love for the Creature). The wines we all know still contain any number of additives that were used either to clarify the wines or to preserve them once they made it into the bottle. In the USA, winemakers are allowed to use more than 70 additives or treatments for any given wine, and you would never know about most of them. The majority happen long before a wine makes it into the bottle. However, Mega Purple is a different sort of critter–it isn’t used to clarify or to preserve or to otherwise stabilize wines. It exists only to cover the defects of otherwise inferior or defective vinos.

In short, Mega Purple (and its brethren like Ultra Red and others) is a concentrate made from grape skins that can add a deeper color, a bit of sweetness, and some texture to wines that might have suffered from a poor growing season or a shitty vintner. It can mask some unpleasant flavors that result from things like manky pyrazines or piss-poor winery hygiene that lets brettanomyces traits show up in some wines. [Hint: if anyone ever says that a wine has a “barnyard” nose or profile to it, that is likely the result of Brett fucking around in that bottle.] Granted, neither of those are inherently bad or always undesirable, but a bad harvest or poor growing conditions or any number of other factors can conspire to ruin a wine. With the pressure to bring a consistent and palatable product to the market year in and year out, who wouldn’t feel the temptation to add a little something extra to round out their wine and get it on store shelves?

I can say with all confidence that you have imbibed Mega Purple and not known it. It appears to be in just about every wine that retails in the sub-$20 (adjust for your local market) price range, but the reticence of winemakers to admit to even knowing about it suggests that it could be in a larger share of the American wine market, if not broader. Most, if not all, of the best-selling wines in America (largely under $10 a bottle, mind you) contain Mega Purple, so you have most certainly had it.

In researching this issue, it became clear that this is a contentious issue. Some people are staunchly against any kind of supposed “adulteration” of wines while others accept that, as a natural concentrate, sometimes Mega Purple can actually make a wine a little better. As one great blogger puts it:

Mega Purple is like steroids in baseball in the ’90s: plenty of people are doing it, and it might be increasing their average, but overall it’s bad for everyone because it changes the expectations of what’s possible.

While it is ubiquitous and can make sub-par wine drinkable, its use does entrench its necessity, keeping the pressure on winemakers to churn out consistent product harvest after harvest. It’s like keeping a bad tire on your car by constantly pumping in more Fix-a-Flat instead of just getting a better tire. Or like constantly adding more duct tape to the kitchen faucet because goddamn it, Meryl, it still works and I didn’t sign up for all this handy-man bullshit.

What we are left with is a question: do we really expect to get a world-class bottle of wine for under a tenner that went straight from ground to grape to bottle with no technical shenanigans, or are we willing to accept that certain additives are now a part of the wine making process and just enjoy it? Do we want to keep up the notion that wine is some kind of sacred elixir that should forever remain untampered with or can we agree that we are all being sold things with shrouded origins and not worry about it, so long as it isn’t toxic?

Wherever you fall on those questions, it is at least interesting to know a little bit more about what makes that $5 bottle of zinfandel so damn inky while it only tastes like a mix of MD 20/20 and some post-expiration-date Welch’s.

Actually, that doesn’t sound half bad. Besides, Mega Purple is at least not as bad an additive as cocaine. Depending on your tastes, of course.