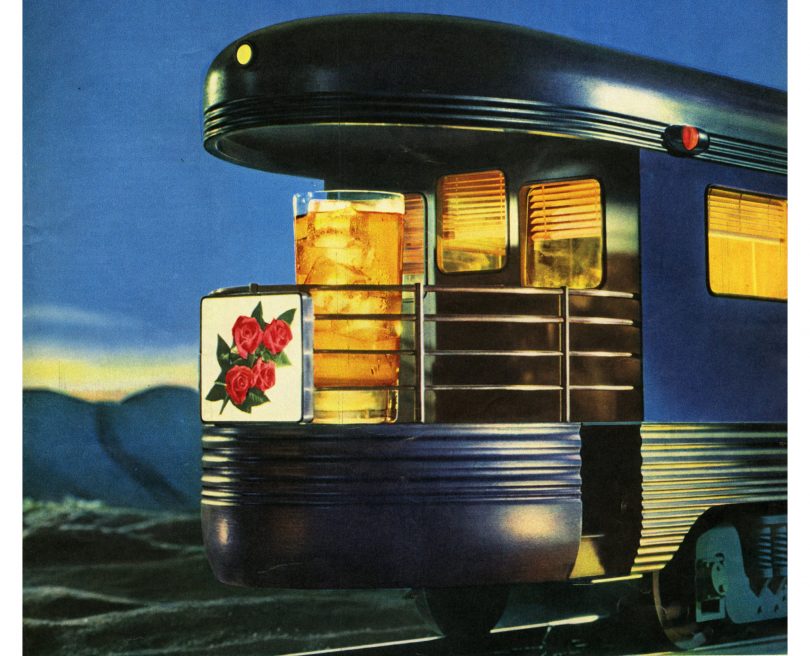 “It’s late Thursday morning and some 600 New Jersey legislators, lobbyists and “business leaders” are being knocked around a chartered, 13-car Amtrak train that’s traveling from Newark to Washington, D.C., for the 78th annual “Walk to Washington”—a bizarre networking event …”

So begins “Christie and the New Jersey Booze Train,” an article penned by Olivia Nuzzi for the Daily Beast. She goes on to employ the hoary old college newspaper trick of putting phrases like “business leaders” and “build relationships” in quotation marks and italics because plainly the former couldn’t possibly be doing the latter while drinking on a train.

It’s called the Walk to Washington because the objective, I’ve been told—warned?—is to visit every car of the train, squeeze your way through the crowded sea of lawmakers, influencers and probably-criminals—all of whom are drinking heavily, and it’s not even noon yet—and build relationships for the duration of the nearly four-hour trip.

Well, of course some of them are “probably-criminals”! They’re drinking before noon! She doesn’t explain what her idea of “drinking heavily” is, but I suspect it’s drinking more than one beer in a row. The “hell ride” continues, wherein she is accosted by drinkers (or perhaps even probably-criminals) who snarl brutish things at her like: “You don’t look like you’re having fun” and “You have to smile. Do you want a cookie?” During one breathless moment she is menaced by knife-wielding meatman:

“A man has laid out on three seats a spread of Italian meats, cheeses and bread. He is balding, and holding a large knife, which is somewhat worrying on a swaying train. He slices prosciutto as I walk by. “Do you want something to eat?” he shouts.

Why is he here on this horrible train? she asks an assemblyman when she should have been asking, Why is Olivia Nuzzi on this awesome train? The story demanded a Dr. Hunter S. Thompson, but apparently all the Daily Beast could hustle up was a junior delegate of the Woman’s Christian Temperance Union.

Sadly, the grand era of the hard-drinking journalist is largely over. The reputation endures; the lifestyle does not. Once the men and women who gathered and edited the news were naturally expected to drink much more than their readers, but now, from my own observations, the opposite is true. (I am excluding the fine examples set by the staff of Modern Drunkard Magazine and the Brutal Hammer.)

Of course, the very idea that a veteran N.J. reporter is clutching her pearls at the sight of low-level politicos, union reps and Chamber of Commerce types networking and drinking on a train is a bit hard to swallow. This is plainly faux outrage at its worse, an attempt to work up some sort of half-assed scandal where none exist.