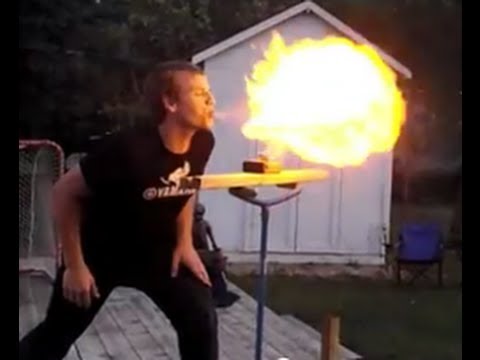 Adios to Bacardi 151, which was discontinued by the liquor company late last year. Maybe you can still find a bottle or two lingering on the shelves somewhere, but when those are gone the party is over.

Fans of the famous overproof rum weren’t even given the courtesy of a heads-up. It just suddenly became hard to find. A rumor cropped up on Reddit that 151 wasn’t really being put out to pasture, just temporarily withdrawn for a repackaging. Unfortunately, a phone call from The Brutal Hammer to Bacardi HQ has confirmed 151’s demise.

No official reason was ever given, but it’s a pretty good guess that Bacardi got sick of being sued. At least twice in the past decade they’ve been hit with massive lawsuits involving innocent bystanders, allegedly torched by bartenders performing ill-advised fire tricks that turned the bottle of 151 into a flamethrower. In one notorious case, a patron attending the bar merely to watch a basketball game wound up with third-degree burns and spent a month in a burn unit recovering.

Bacardi tried to protect its brand by printing dire warnings on the label: DO NOT USE THIS PRODUCT FOR FLAMING DISHES OR DRINKS. ALL 151 PROOF RUM MAY FLARE UP AND CONTINUE TO BURN WHEN IGNITED, POSSIBLY WITH AN INVISIBLE FLAME. The bottles also came equipped with a flame arrester cap (though they don’t always seem to have been effective). But the courts have ruled that all this is still not enough:

“Although Bacardi included warning labels on the bottle of Bacardi 151 and installed a removable flame arrester, it did so while actively promoting the very pyrotechnic uses that caused plaintiff’s injuries.”

Bacardi 151’s death isn’t the end of the world. There are plenty of other overproof rums still around. Still, it’s always sad to say goodbye to an old stalwart.