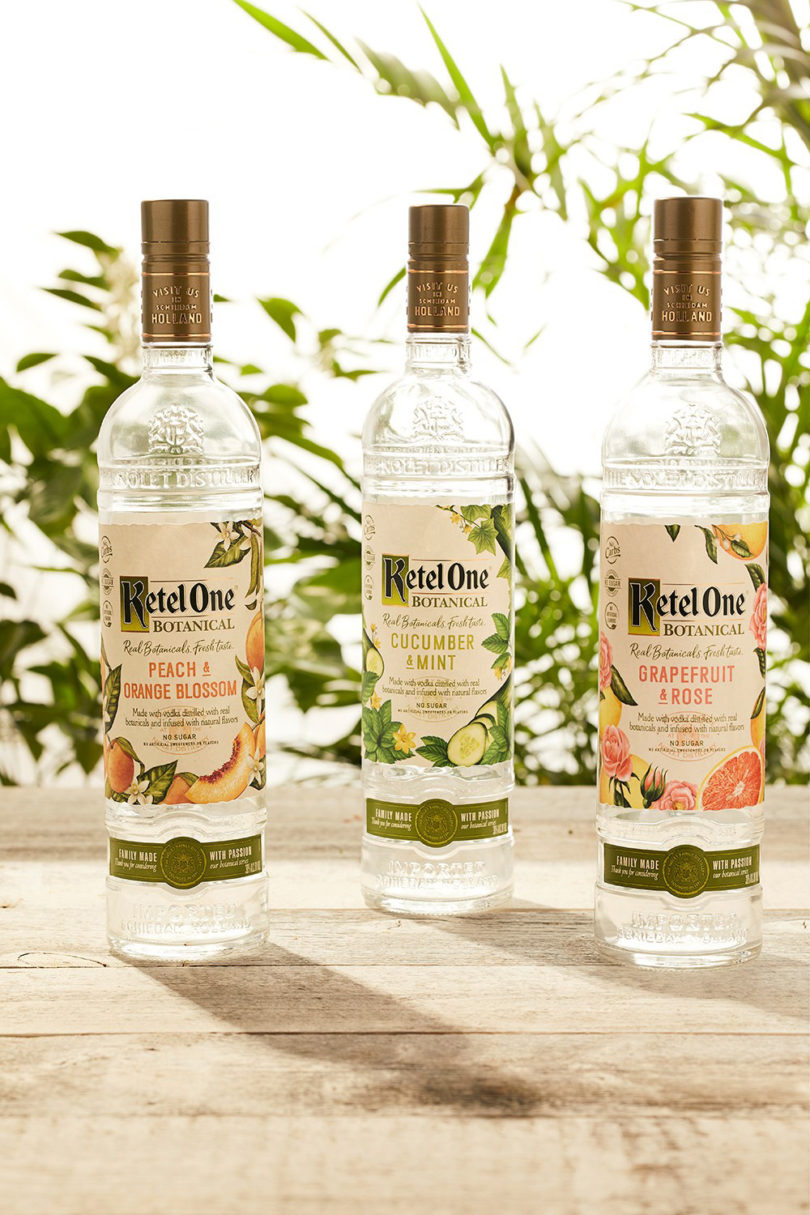 So it appears. Venerable vodka-maker Ketel One has just launched a line of “botanical” vodkas designed to appeal to the health- and eco-conscious boozer:

In a world where consumers are increasingly aware of how they treat their bodies, how products are made, and the impact of their decisions on the planet, the brothers behind Ketel One Family-Made Vodka are delighted to announce the launch of new Ketel One Botanical.

The three flavors we’re threatened with are Peach & Orange Blossom, Cucumber & Mint, and Grapefruit & Rose, with the possibility of more concoctions to come.

These quasi-vodkas are “re-distilled with botanicals in copper pot stills then infused with fruits.” Ketel One bills them as “a first-of-its-kind vodka,” which is surely true. A single serving has fewer calories than a glass of white wine. They are non-GMO with no artificial additives or sweeteners.

They also weigh in at a meager 30% ABV, which means they are not vodka. By any definition, neutral distilled spirits must be bottled at 80 proof (or 75, if you count flavored vodkas) to deserve the name.

Perhaps Ketel One is hoping to swipe a chunk of Tito’s market. Tito’s Handmade famously bills itself as gluten-free, and according to Fox Business boasts an 8.1% market share, compared to Ketel One’s paltry 1.7%.

Ketel One’s new creation — “made with vodka,” as they carefully describe it — might be tasty, or healthful, or make you feel better about the planet. But vodka it ain’t.