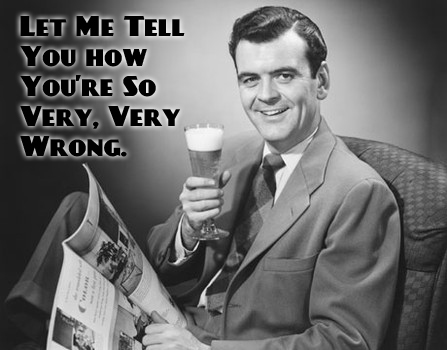 You’re an educated and up-to-date kind of souse, so you’ve seen this article on CNN about the most popular liquors in the great state of ‘Murica today. To clear the air, I (and by extension, we at the Hammer) don’t really care how you put some saucy swerve in your step–you’re out there on the field and you’re a part of the team, and we all need that. But some of you are making terrible, terrible choices when you have the means to do better, and that bush-league shit needs to stop.

That’s why we exist, at least in part: to gather the Tribe and make the most of our shared pastime. I work in a liquor store, and everyday I’m there I see people take good advice and discard it in favor of brands that they know for. . . reasons? And every time that happens, a little part of me dies inside. That may be because there aren’t many functioning parts left of me, but that’s between me and my doctor (if I ever get one).

That’s why, upon reading that piece of disturbing news, I had to comment. For your sake. For your doctor’s sake. For America’s sake.

Final vaguely legal notice: none of this is an endorsement of any given bit of bottled nectar–it’s just one wobbly man’s honest attempt to broaden your horizons, you heathens. My liver’s gone through hell for your benefit testing these tasty options, so use this information is good faith and good spirits.

Let’s take this in order, shall we?

So Smirnoff is made from corn, which supposedly makes it non-bowl-destroying for people legitimately intolerant to gluten. Thus ends the good things one can say about it.

It’s owned by Diageo, a soulless corporate entity that cares about gobbling up spirit producers in a grotesque version of Hungry, Hungry Hippos that panders to those who care about what’s popular rather than what’s actually good. Side-note: Smirnoff is apparently the best-selling vodka in the world. If you think that means it’s the best vodka on the market, that’s a lot like saying that the Corolla is the best of the cars.

Let’s dispel any nascent concerns right now: the Hammer is not beholden to any distiller or  brand or other corporate vampire. We are backed by the rough and rugged force of truth in the world of drink. So that’s that.

Now, even if you don’t have to worry about avoiding gluten for medical reasons (and you’d know if that was the case), grain-based vodkas are usually inferior. Stick with something made from potatoes, like Tito’s (for something American made, and from a dude name Tito Beveridge, to boot), Grand Teton (which is distilled 20 times, so that shit is crisp), or the Polish bombshell that is Luksusowa. At least one of those will be in the same price range of Smirnoff at whatever hovel it is that you buy your booze, and you won’t be paying for the brand name, just the superior vodka.

Even better: if you’ve got a distillery anywhere near you, there’s a fair chance that they do a vodka (since it’s a neutral grain spirit), so just get that. Buy local, you ass.

That’s part of the problem. Captain Morgan has it’s place, like Marlborough Reds and Lean Cuisine, but that doesn’t mean it’s a good idea. We all like a good rum, but if you instinctively reach for Captain, then you’re missing out.

For Chrissake, pick up a bottle of Cruzan. It doesn’t have the marketing machine of Diageo (please tell me that you’re picking up on the trend here, although it is owned by a Japanese distilling group) that Captain Morgan has behind it, and it’s leagues better both on its own and in a mix, and it costs about the same (if not less). If you want a good aged sipping rum at about the same price, pick up some Jamaican Appleton (owned by the 6th largest beverage juggernaut in the States, Campari America, who also own Skyy vodka, but we won’t hold that against them because I’m fickle). I drank a lot of it in Jamaica, and all of these articles can be traced back to one bottle or another of Appleton.

Well, it either looks like you’re buying Jack because you like sour mash whiskeys. or that you don’t know that better bourbons exist.

Actually, this one is hard to argue with. The mash process makes it like the sourdough bread of whiskeys. That in turn makes Jack Daniel’s like the Panera Bread of American whiskey. Why go to a spiffy chain joint when smaller operations can do the same thing but better and with a bit of extra character?

Of course, most bourbons are made with some hold-over (or back-set) fermented mash from a previous batch, so the distinction between bourbons and sour mashes is a bit moot. However, try ditching the JD for some Evan Williams single barrel or their 1783 (if you can find it). Really, just drink more bourbons. That’s my advice on pretty much everything.

I’ll be fucked if I’m goaded into talking about Bacardi, so just refer to #2 above.

Whatever. Crown’s fine. It’s a blended whisky (note that Canucks don’t use an “e” in the spelling, the shifty Franco-sympathizers that they are), so there’s a certain ceiling to how good it could possibly get. The big tip-off that you’re over-paying for it comes first with the fact that each bottle comes in its own damn cardboard box, and second that within the fucking box is a pretentious little purple pouch swaddling the bottle. That’s two damn extra steps between you and a drink. Unforgivable. It’s also an agent of Diageo, so there’s that as well.

Forty Creek, if you have to stick with Canadian blends. Or Pendleton Whisky, which is weirdly both American and Canadian. It’s like that girlfriend that you swore you had in high school, but your friends wouldn’t know her because she went to school in Ontario and you two met at camp. The difference is that this one is real.

Ain’t nothing wrong with a good blend, but honestly, what are you going to do with a Crown Royal pouch that doesn’t make you look like a crazed hoarder? Keep change in it? Hurl that shit at pedestrians like the Bible says you should. Or use it to buy something with less marketing-related markup.

In all honesty, I just don’t know. It’s schnapps, not whisky. Let’s just clear that up right now. Buying it means you either love schnapps and likely keep some SoCo on hand at all times, or that you just don’t know better.

A good ol’ fashioned bourbon that puts some hair on your chest and proves that you’re a salt-of-the-earth kind of fellow who likes his bourbon with a tradition of family values.

This is another one that’s hard to argue against. Beam is fine. It’s been around (Prohibition not withstanding) since the late 1700s. However, there are so many excellent bourbons out there that can stand against Beam any day of the week. Have you tried W.L. Weller? It’s 90 proof and comes from the Buffalo Trace distillery (and for less than the cost of their flagship bourbon) where they take out some of the rye from their mash bill and replace it with wheat. Here’s a secret: it’s the same damn mash bill that Buffalo Trace uses to create their line of Pappy van Winkles since they acquired the brand. The only real difference in the age.

The next time you’re thinking of shelling out some of your finest dollars for some Beam, get some Weller instead. It costs about the same, it’s a higher proof, and it’ll earn a place in your regular rotation instantly. You’re welcome.

The only tequila you’ve ever heard of.

Familia Camarena. Take a look at the Wikipedia page for Jose Cuervo that clearly tries to obfuscate the fact the nearly half of what you’re drinking from their bottles is from distilled sugar, not agave. It’s called a “mixto” tequila, and most of what they produce is made from around 48.5% sugar cane. Camarena’s offerings are 100% blue agave, and yes, that makes a huge difference. Not necessarily up front, but you’ll be thankful for that fact the next morning. It’s in the same price range, tastes better, and it won’t make you feel like ass in the morning.

Something the sorority girls or the lonely women at last call will clamor over. You’re so in, bro!

If you’ve grown out of the phase of backwards ball caps and frat tee shirts and are wondering what herbal liquors to enjoy next, then you want an Amaro, like Amaro Montenegro or Fernet Branca. It gives you the same crazy 40-50+ secret herbs and spices in a drink that is both much more well-balanced and which doesn’t make you look like you’re on your way to tailgate at a Dave Matthew’s concert. In short, it does us all a favor.

You’ve got the tastes of 2Pac, T.I., Obie Trice, Snoop Dogg, and Kim Jong-Il, and the fiscal wherewithal of none of them (or all of them–I’m an inebriate, not an accountant). You’re up for a taste of the Good Life and you don’t care about the price.

A drop-top Benz. Shorties love sippin’ Henny in a Benz (editorial note: I have never been able to prove this first-hand). Or some Armagnac de Montal. It has fewer connotations of violent misogyny and totalitarianism.

Ireland in a bottle.

More Jameson. You were right to buy it in the first place. The only part where you went wrong was when you didn’t buy enough. Way to go, America!

In short, if you like it, then drink it. If you don’t like it, maybe the fifth or sixth glass will change your mind. Just be aware that there are better options out there that will keep you deep in your cups without emptying your wallet.