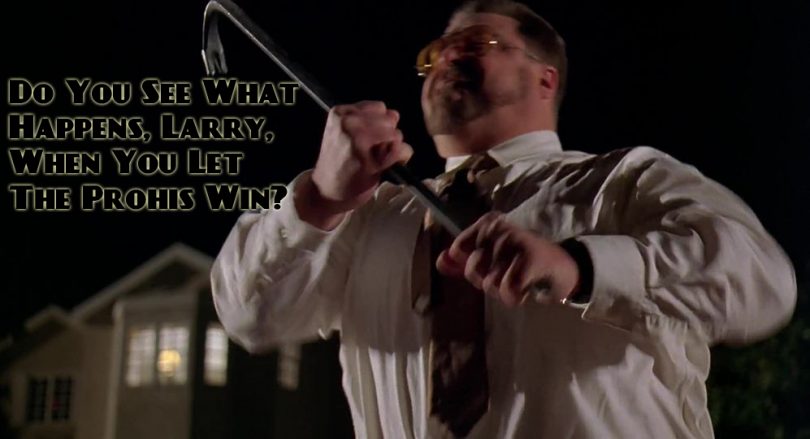 I’m seriously going to try to avoid using the word “fascist” to describe the Virginia Alcoholic Beverage Control (ABC) Board, despite both their painfully cheesy initialism and their seriously…oh goddamn it…fascist behaviors of late. Perhaps you’ve already seen the news about the all-around civic-minded and high-achieving UVA student Martese Johnson getting tackled and bloodied by agents of the ABC in the early hours of March 18th. By latest reports, his physical injuries are healing, and there has been a massive outpouring of support both for him and against the jack-booted thugs of the ABC. The details of the incident are in the linked news stories, so I won’t repeat them all here. Except, that is, for the parts about Johnson allegedly “obstructing justice without threats of force, and profane swearing or public intoxication.” We’ll get to the former point in a bit, but follow me into the problems with what “public intoxication” means from a legal standpoint first. Trust me–I once took the LSATs, so I’m basically a lawyer. And if it helps, I put on my best drinking suit just for this article.

Now, there is sure to be a hell of a lot of media attention addressing the racial component to this case, so I’m not going to touch on that. I want to–I really want to–but there is another aspect to this story that I have the sneaking suspicion will go largely (if not completely) unaddressed. That issue is the sheer existence of Virginia’s ABC and how agencies like it are tax-funded manifestations of some kind of Lovecraftian/Orwellian Super-Nightmare predicated on the same ideas we saw with the Bureau of Prohibition and the Prohi agents of old: namely, that where there’s alcohol, there should be armed agents busting skulls and terrorizing citizens. Take, for instance, the element in the Johnson case of his being allegedly “drunk in public.” Fun fact: Virginia law lumps being soused in public with good ol’ fashioned cussin’. And as your lawyer, here’s that antiquated bit of rubbish still on the dusty and non-scotch stained pages of the Virginia legal code:

If any person profanely curses or swears or is intoxicated in public, whether such intoxication results from alcohol, narcotic drug or other intoxicant or drug of whatever nature, he shall be deemed guilty of a Class 4 misdemeanor. In any area in which there is located a court-approved detoxification center a law-enforcement officer may authorize the transportation, by police or otherwise, of public inebriates to such detoxification center in lieu of arrest; however, no person shall be involuntarily detained in such center.

Also a fun fact!: you don’t even have be drunk to still be charged with public drunkeness! And yes, Virginia, helpful lawyers do exist, like the defense lawyers at Medvin Law who offered this little gem for anyone getting hauled off to the tank: “Police do not have to give you a breath test to determine if in fact you were intoxicated under the VA charge. It is enough for you to exhibit intoxicated behavior.” Take a second to let that sink in with all the grace and pleasantness of the last half of a can of Red Dog from last week that you found wedged between your couch cushions. Say you’re out and just feeling really, really exuberant for some reason while stone-cold sober. First, you might be having a psychiatric episode, so seek medical attention or your nearest bar or friendly wino. Second, say some “One day I’ll be a REAL cop!” ABC officer spots you and thinks you’re drunk. Maybe he knows you and that seems about right. Either way, your ass can be charged, and if you try to contest it in court, who will a judge believe: you or the muppet whose police training is likely taken from re-runs of COPS, or the summer they worked security on the mean streets of the mall between Hot Topic and Sbarro? The “officer’s” words will carry more weight, and the only way to contest that is with…well, a breathalyzer test from the time of the arrest. Which you probably won’t have. Because they don’t need it to charge you. Or, apparently, to slam your head into the concrete until you need stitches. It’s enough to make you swear, but that’ll be another charge.

Now on to the scarier point, agencies like the ABC exist solely to enforce laws concerning booze. And they get guns, and can operate in plainclothes. Take, for instance, the case back in 2013 where six ABC Stormtroopers surrounded a female UVA student when she got into her car in a grocery store parking lot on the suspicion of…wait for it…buying beer, all because they saw she had some aluminum cans with her. The ABsChutzstaffel goons were not in uniform, and when she started her car so as to comply with their orders to roll down her window, one of them drew his gun and they apparently tried to break in the windows. Like any sane person, and not being able to identify any of them as any kind of pseudo-cop, she panicked and drove off, later arrested on felony charges of hitting two officers and fleeing the scene. The scene of (check the link above) buying fucking water and ice cream as part of an Alzheimer’s charity event. These Police Academy 3 background extra rejects thought it necessary to attack a vehicle and draw a firearm on the suspicion that someone potentially under age may have bought a few beers.

That’s their jurisdiction–we don’t look to them to stop violent crime or to protect endangered owls or whatever else regular cops do. They bring potentially lethal force at the slightest sign that a petty little law is being broken regarding booze. When someone gets blitzed and starts actually being a danger to others, actual cops are brought in. When someone is either “possibly-maybe-kind-of-sort-of'” looking like they’re a bit swervy on their feet or OHMYGODWHATISTHEWORLDCOMINGTO maybe bought a beer underage, these useless fools are brought in to bring out guns in order to stop…what, exactly? What possible vital function to society are they providing? And why are taxpayer dollars going to fund this criminally insane group of new-day Prohis? Martese Johnson wasn’t even threatening force, so these outdated neoprohibitionist dullards who, instead of being useful law enforcement officers, get to parade around the streets in a grotesque LARP-esque version of coppering get to stomp on us regular folk. One of the reasons I’ve wanted to avoid using “fascist” is because of George Orwell’s excellent letter on the matter, but I will borrow a line from 1984:

If you want a picture of the furture, imagine a boot stamping on a human face–for ever.

Thankfully, the VA legislature is trying to change how the ABC functions. Oh wait, shiiiiit–it’s really just about changing employment requirements for its board to make it function more like a business. It would be like if Diageo or AB-InBev started arming its brand ambassadors and harassing anyone that transgressed against the brand.