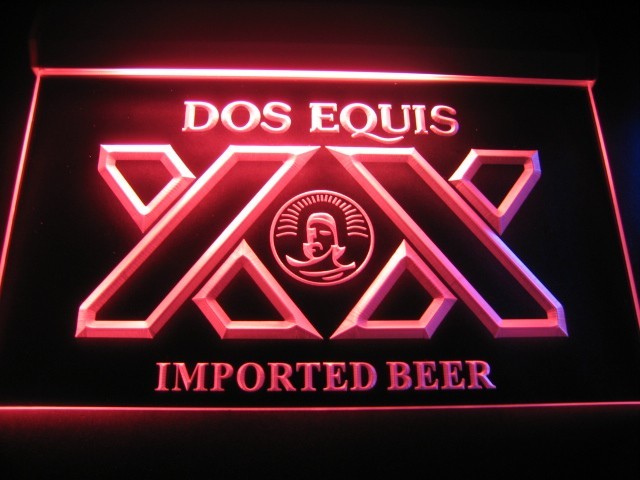 If you ask me, The Most Interesting Man in the World needs to expand his horizons a little.  If dull Dos Equis is his beer of choice, I’m not sure I want to know what he drinks when he’s not having beer.

The brew that the Most Interesting Man (hereinafter MIM) made famous was invented by a German brewmaster, Wilhelm Haase, who immigrated to Mexico in the 1890s.  In 1897 he introduced a new beer called “Siglo XX” — “Twentieth Century,” later renamed Dos Equis.  Initially only available in Mexico, it was first imported to the U.S. in 1973.  It wasn’t a big seller on either side of the border and eventually the brewery was acquired by Heineken, which still owns it today.

Far more interesting than the beer itself is the brilliant ad campaign that essentially re-invented it.  For decades Dos Equis emphasized its long Mexican heritage, but made little headway against archrival Corona.  In 2007, the advertising firm Havas Worldwide gambled on a radical reinvention of Dos Equis, as a mysterious and sophisticated beer endorsed by a larger-than-life Man of the World with impeccable tastes.  A man the way men used to be, who unashamedly loves booze and women and seeks adventure.  So was born the fictional, unnamed MIM, and his famous tagline:  “Stay thirsty, my friends.”

But what actor could fill the shoes of the MIM?  The unlikey answer: Journeyman actor Jonathan Goldsmith, 66-years-old when he first auditioned, a New Yorker of Russian-Jewish descent (even though the MIM is ostensibly Latino).  Goldsmith made a career out of playing bit parts, typically stock bad guys in Westerns — his previous claims to fame were that he was shot by Marshal Dillon in five different episodes of “Gunsmoke,” and once by John Wayne in the Duke’s last movie, “The Shootist.”  But of course Goldsmith was an inspired choice, and by now it’s hard to imagine anyone else in the role.

Maybe the most clever aspect of the ads is the MIM’s subdued endorsement:  “I don’t always drink beer, but when I do, I prefer Dos Equis.”  It’s as jarring a low-key sell as you’ll ever hear; as if Toucan Sam said, “I don’t always eat cereal, but when I do, I prefer Froot Loops.”  But it makes sense. The MIM would never stoop to spouting a slogan — he’s meant to be a straight shooter, giving honest advice on how to live life to the fullest.

And to think:  All the creative firepower behind these ads goes into selling… just another mediocre lager, bland and uninspired.  Maybe a little better than Budweiser, and a little more expensive because it’s imported.  Dos Equis now also makes something called “Dos-A-Rita,” an obvious Bud Light Lime-a-Rita imitator — and if the MIM ever goes within a mile of this stuff, he needs to be cut off.  While it’s always a good idea to stay thirsty, my friends, I think we can do better than Dos Equis.