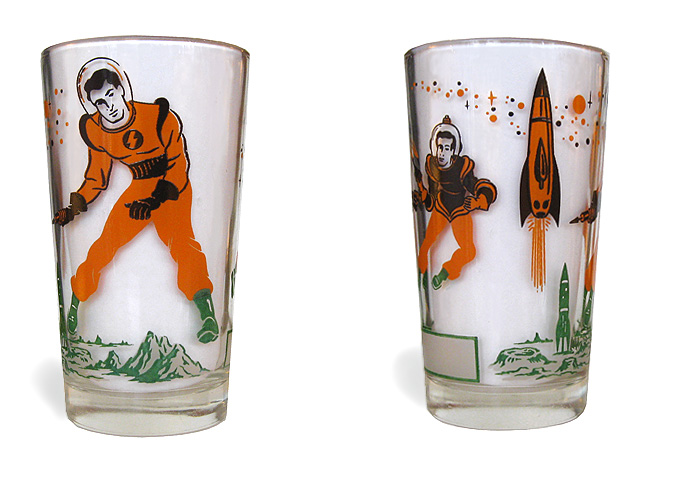 The International Space Station is an absolute majesty in the realm of scientific achievement. No jokes, no snark, not here, no ma’am. I’m very sincerely awestruck by its mere existence, man! And I hope that you are too, comfortable here, at home, planetside, if you will, while at the time of this writing, six human-ass beings are flying miles above your head, floating in the ether, just chillin’. It’s mesmerizing. We need more of that kind of magic in our lives.

What needs? You know what needs. And we’re not making this particular concept up. According to the cosmonaut Georgy Grechko,

“In orbit, people have a very difficult emotional state. If before sleep, the guys drink 5–7 grams of cognac, I support it. On board we had a tube with 125 grams of cognac which said “coffee.”

So, play along, why don’t you? Let’s insert ourselves into this awesome scenario. Join me, and let’s get our rigouts ready to slip the surly bonds of earth, and render some terminal punches to the orbital, metaphorical nuts of God.

Anyway, I dunno about you, but here’s what I’m taking into space with me for my six-month mission. I can only hope that Mission Control is prepared to send refills eventually.

(As an aside, this is my realistic list. As much as I’d like to imagine that NASA would rend the earth and sea to make sure I left this particular mortal coil with nothing but Johnnie Walker Blue and Pappy Van Winkle, the reality is that I’m probably footing the bill. So goes bureaucracy.)

• Evan Williams Black Label Bourbon (I’m very salt of the earth, and also, for the money, this is the best damn bourbon you can buy. Fight me about it. Oh wait, hahar hah, I’m in space.)

• A pack of Djarum Blacks (again, fuck you, I only smoke for the taste)

• And don’t forget the goddamn ice!

And as miscellaneous items, a shirt, some shorts, my Chucks, my headphones, like six hundred books on a tablet thing, and some Skittles.

What are you taking into space? I’m curious. Let me know in the comments. And then maybe we’ll decide who’s got the dopest mission.

To Infinity, Where No Small Step for Man Has Gone Before. *hiccup*.