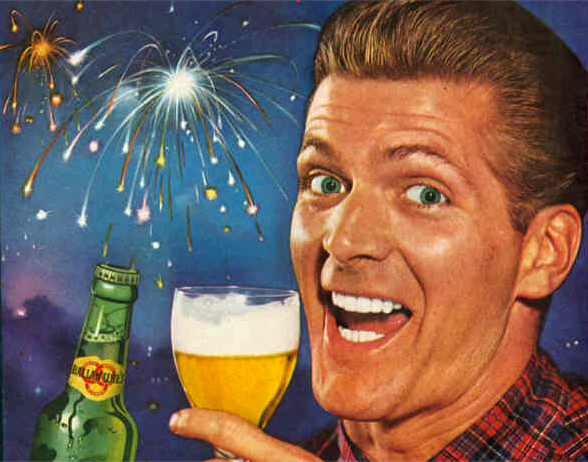 I’ve always dreaded these goddamn global comparisons of drinking patterns, entirely because the U.S. has always come off as a gang of lightweights. While the average imbiber in the U.S. has always held his own, our embarrassingly over-sized population of teetotalers hangs around our neck like a 500-lb albatross, dragging down our numbers and making us look like cheap punks.

But no more. America’s drinkers have overcome that inbuilt treachery and are ascending the chart at an astonishing speed. Maybe all we needed was a better selection of beer–it’s hard to get your game on when the most exotic beer on the market is Michelob Dark.

As far as I can see, the biggest takeaways from the chart are:
1.) We not only caught up with our long-time drinking rivals Canada and the UK–both of whom made great sport of our formerly lightweight status–we boomed past them like a rocket sled on rails.
2.) The long-whispered rumors that Australia’s beer-drinking culture has been crushed by a wave of nanny-statism appears to be bullshit.
3.) The Czechs are so far ahead of the field they should be bumped up to the Intergalactic Drinking Division.
4.) In light of the amount of merchandise Modern Drunkard ships to Finland, I am not in the least bit surprised they finished in the top 10. 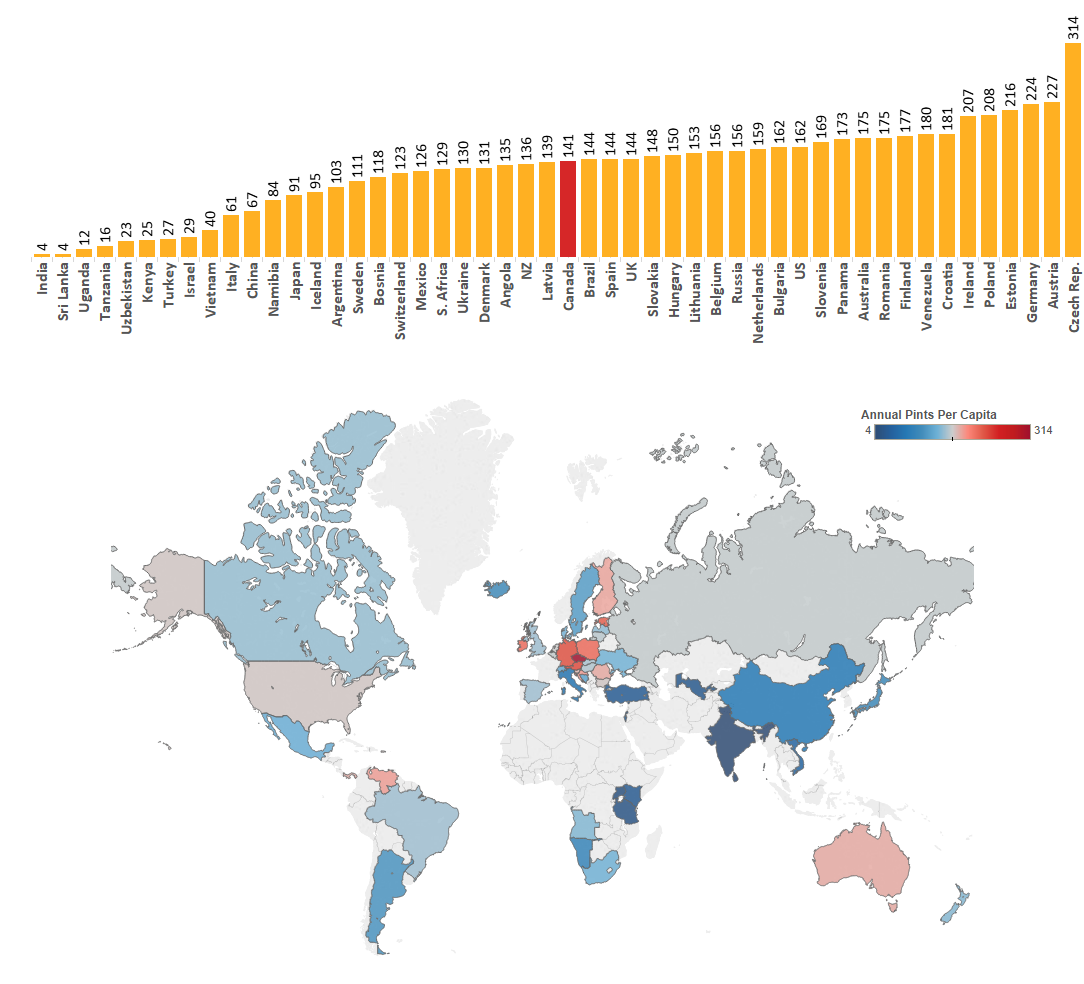