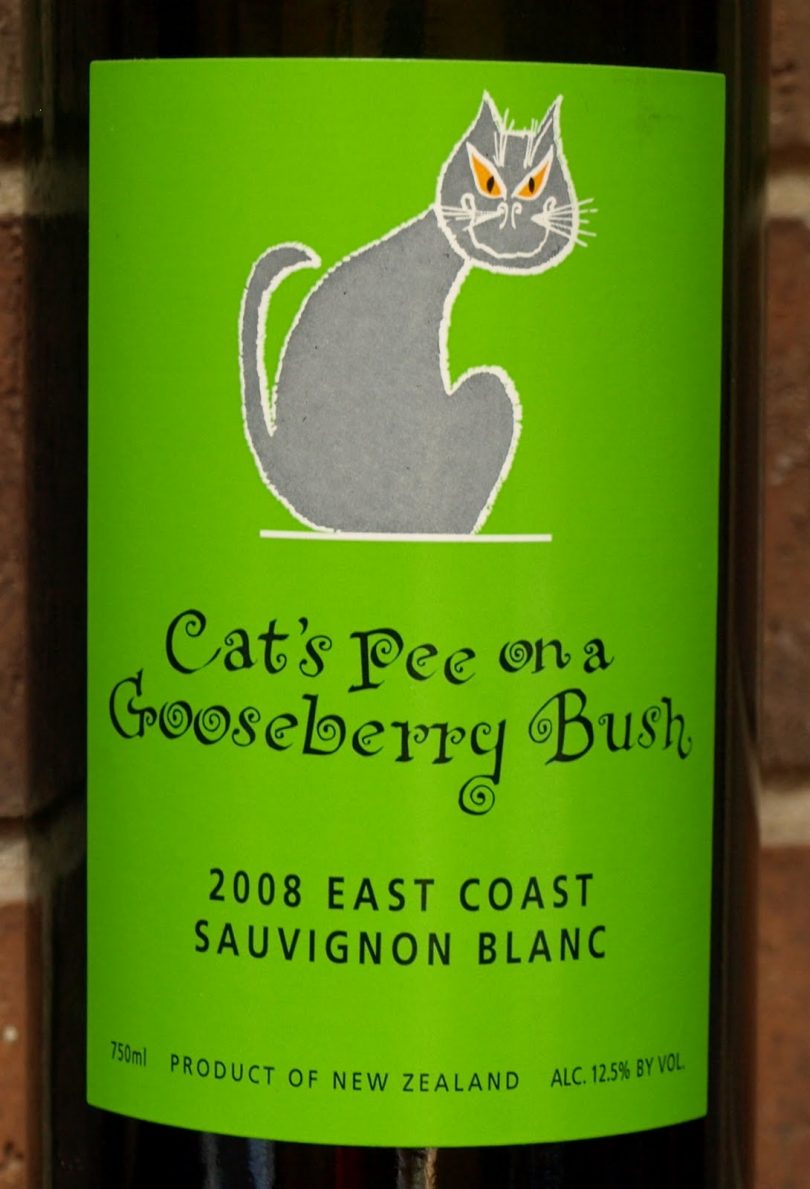 Look, I get that the wine market is becoming more competetive by the day, and that winemakers need to do something to stand out. It’s laudable that the wine world is becoming less stuffy and elitist. But we’re getting to the point where cutesy and creative naming is passing into the realm of the bizarre. (The same phenomenon afflicts the equally booming craft beer industry.)

It appears we have the famed Yellow Tail brand to thank for this. Born in Australia, Yellow Tail was introduced in the U.S. in 2001, back when most wines were named after so-and-so’s Estate or Chateau or Domaine. Yellow Tail stood out from that crowd all right: the name itself was the opposite of pretentious, and the bottles were decorated in neon colors with a cartoon of a wallaby on the label. Yellow Tail quickly became America’s favorite table wine, and launched the trend of so-called “critter wines.” After Yellow Tail, every winery had to have a cute critter on its label. Frogs have been especially popular.

Critters are not as common now, but most wineries have doubled-down on Yellow Tail’s example of cheekiness and Everyman accessibility. Barefoot Cellars supplanted Yellow Tail as no. 1 wine in the U.S., billing itself as “wine that doesn’t take itself too seriously.” (As of 2005, Barefoot became another appendage of the Gallo Empire.) Wineries have been taking themselves less and less seriously ever since, seemingly vying with one another for most outlandish name to prove their anti-establishment credentials: Fat Bastard, Sweet Bitch, Big Ass Cab, to name just a few.

French winemakers are actually some of the worst offenders here, though perhaps their names got lost in translation — Arse and Frog’s Piss come to mind. The maker of Vin de Merde (“shit wine”) at least has the excuse that the name is a jab at snobbish critics.

Honestly, vintners, I want to try your wine. I want to taste every wine in the world. But I’m not gonna pick up any product named after boogers or asses or urine. Please put a little more thought into it, if not for my sake then for the sake of your business. I can’t be the only one turned off by this unfortuante trend.