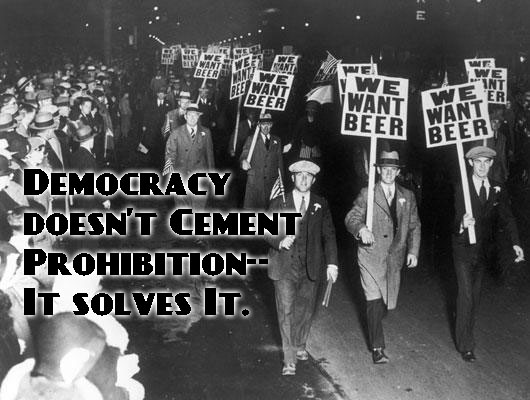 As you may have noticed from the title of this article, I’m trying my hand at some clickbait, but with very good reason. Or at least with very good intentions. Either way, there is an ill wind blowing through a southern Indian state that seeks to install a complete prohibition on alcohol there by October 2nd of this very year.

Normally, this kind of thing would be an easy argument full of sarcasm and probably a few dick jokes (classy dick jokes, mind you); however, the local fervor in support of prohibition seems to be coming largely on the heels of a man’s untimely death. The man in question is Sasi Perumal, an anti-liquor/anti-state-run liquor store activist who died unexpectedly during a demonstration against one such state-run store in the southern Indian state of Tamil Nadu (please click that link: their official webpage has a section called “Whats” next to a clip-art gold “New” star, a section called “Schemes,” and one titled “Grievances Redressal”–just lovely). According to The Hindu (more on their transparent agenda later) and the Indian Express (linked above), Sasi Perumal decided to express his stance against liquor (and apparently at the State being in the business of selling it) by climbing a cell phone tower, bringing with him five liters of kerosene to back up his threat of self-immolation. Details still seem a little sketchy, but the official report suggests that he hanged himself before rescue crews could reach him and bring him down from the tower.

No jokes will be made here. A man is dead, and his death has codified a fair amount of support for prohibition in that state. Friends and family are still feeling the loss, and even his own 10-year old daughter has been arrested after she continued the protests of her father. Clearly, this is a heavy issue in Tamil Nadu, and a life has already been lost because of it. However…

…this is a waste of a man and the rise of support for an agenda that will produce immeasurably more harm than it prevents. Although The Hindu called Sasi Perumal’s death a “sacrifice” (which implies sympathetic support, and therefore belies a prohibitionist agenda), they also ran an article from a lucid fellow named A. Marx (which is mildly ironic, considering Karl Marx and his writings against fascist ideologies), who argued for some kind of middle ground: keeping toddy legal. Toddy, from what I understand, is a kind of traditional Indian beer/low-grade hooch. Here’s a recipe to make it, if you’re the coconut-having industrious sort. It seems a little reasonable, at the very least: it isn’t prohibition per se, but it still puts its weight behind a totalitarian idea that needs to clobbered in the head with a sturdy bottle. Something like an empty magnum of Freixenet. You know, a hefty bottle that can stand a lot of force without breaking. You want to get the point across, but you don’t want to make a mess. We’re drunkards, not barbarians. Except for the head clubbing thing. That stays. It’s useful.

Anyways, about the whole “fascist” thing…

A call for total prohibition is always a bad idea. Here’s a rundown of why:

First, when has that ever not backfired? Or at least been repealed shortly after? Hell, both ‘Merica and Stalin’s Russia successfully banned Sweet Lady Liquor only to accept that she has a rightful place in any gathering of reasonable men and women, turning on a dime to recant their previous assertions about the evils of the Creature. I could link to relevant sources, but that would both insult your knowledge of history and would cramp the gin-buzz I have going on right now. In short: historically, prohibition just does not work.

Second, India is, by sheer numbers, the largest democracy in the world today. They existed under the despotic rule of the tea-sucking Brits for far too long, and they now have a proud history of democratic elections and public discourse behind them, propelling them forward towards the kind of national self-realization that all free people hold dear. And yet, one state is currently feeling the pain of a fellow citizen dying in an act of protest for his beliefs and some dangerous things are threatened by those feelings. As one of the linked articles above argues, if you ban liquor, people will resort to more dangerous alternatives. In America, we saw the horrors of toxic hooch having to be diluted with things like fruit juices just to make them drinkable (and thus the birth of cocktail culture). People were drinking deadly swill just to have a drink, and that’s not the solution. If you are concerned about your countrymen drinking too much (India, I’m looking at you), then you should first ask yourself about your prejudices against drinking. If your solution is prohibition, then the toxic consequences are on you.

Third, this is why I am calling it fascist: the impulse to ban liquor is an attempt to impose an authoritarian, absolutist stance on a specific issue onto the whole of a population with nothing but the appeal to authority behind it. Yes, emotions there are running high right now, but let us not be blinded by personal feelings when an authoritarian reaction to the issue will result in more harm, more ill, more heartbreak than what exists already. Tell people not to drink? They’re going to drink regardless. They’ll drink more. They’ll drink worse things. They’ll fight the government’s need to impose its will and many more lives will be lost.

Granted, “fascist” is a loaded term, and I defer to the great George Orwell on this one:

even the people who recklessly fling the word ‘Fascist’ in every direction attach at any rate an emotional significance to it. By ‘Fascism’ they mean, roughly speaking, something cruel, unscrupulous, arrogant, obscurantist, anti-liberal and anti-working-class. Except for the relatively small number of Fascist sympathizers, almost any English person would accept ‘bully’ as a synonym for ‘Fascist’. That is about as near to a definition as this much-abused word has come.

At heart, the drama playing out in Tamil Nadu is not unfamiliar to us. We have seen this kind of thing happen before, and we know what it creates. Even if we ignore the historical arguments, why should a healthy democracy let itself impose totalitarian constraints upon itself out of a fear of letting people make their own choices, follow their own choices, their own interests? The heart of democracy is accepting that your fellow citizens will not always share your opinions and ideals–and, more terrifyingly, that their opinions are just as valid as yours. Telling people what they can and cannot drink is not an expression of democracy. If anything, that is as far from the point as you can possibly get.

Unless it’s about Coors Light. Then it’s just good sense.