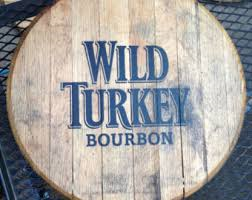 Having consumed lots of bourbon in my life, I feel fully qualified to speculate on the mystery of the five stolen barrels of bourbon found behind a Kentucky man’s house last week. Here goes:

1. This isn’t the first recent bourbon heist. In 2013, more than 200 bottles of rare Pappy Van Winkle valued at $26,000 mysteriously disappeared from the Buffalo Trace warehouse in Frankfort, Kentucky. The bottles were under lock and key at the warehouse, ready to be shipped, so this was obviously an inside job.

And yet the theft, which came to be known as Pappygate, remains unsolved to this day. Police interviewed more than 100 Buffalo Trace employees, and the distillery conducted its own internal investigation, but no arrests were ever made. A $10,000 reward offered at the time has gone unclaimed (and remains available).

As it turns out, the man arrested last week in the Wild Turkey theft is a Buffalo Trace employee. Hmm.

2. How the hell did they get those barrels off the distillery property? A full barrel reportedly weighs about 500 pounds. They’re not just left sitting around as the bourbon ages but stored in warehouses; the windows on the lower floors of the warehouse are required to be barred, and small enough that a barrel could not pass through even if the bars were removed. I think it’s safe to say this was another inside job, and that more people than just the guy arrested last week were involved.

3. What was the purpose of the theft? You and I might keep the barrels for personal use, but the discovery of drugs and an arsenal of weapons in the suspect’s home suggests a criminal operation out to turn a profit. But then, how do you covertly unload a 500-pound barrel of booze? Find some rich guy willing to take it off your hands? Bottle it yourself and try to pass it off as hooch?  It is tempting to think a buyer was already lined up.  I know I wouldn’t want to have stolen goods sitting in my backyard indefinitely.

This is a fascinating mystery, and TBH will keep you updated as the story unfolds.