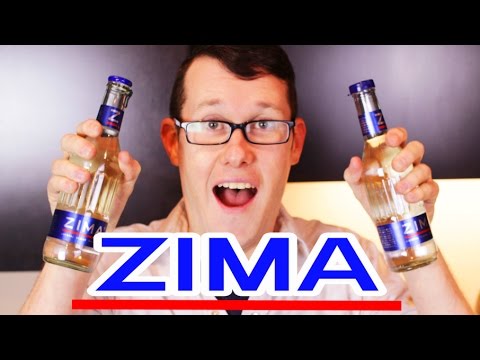 Just what you never wanted: Zima, the laughingstock drink of the 90s, is being hauled out of retirement for a brief summer engagement. It’s supposed to be available everywhere in the US by July 4th, so the worst idea ever to come out of the Coors brewery should be popping up on shelves any time now.

Zima was the first of the so-called “malternatives,” the flavored malt liquor alternatives to beer. It was also one of the first food/beverage products to have its own website, back in the mid-90s when the internet was young. If nothing else, it does have a claim to a footnote in Booze History. Whether it deserves a shot at an encore performance is a little more tricky.

Pete Coors, reminiscing about how things went so wrong for Zima first time around, blamed the marketing strategy:

“We decided to do Zima Gold, which was a huge disaster,” Mr. Coors said. “And then we decided to take the nice fluted bottle and make it into a generic bottle. We killed the brand, frankly.” He added: “We got too clever by half [with] marketing.” Of course, the “marketing guys will tell you that it was somebody else’s fault,” he said with a laugh.

What Coors didn’t say is that Zima got a reputation — deserved or not — as the drink for girls and “pre-legal consumers.” It actually had a little more alcohol than most generic beers, but Zima’s notoriety as only fitting for sissys and lightweights proved impossible to shake off.

It also didn’t taste very good. Most people were willing to give it a try — Zima moved 1.3 million barrels in the year after its debut — but few came back for a second round. Eventually those who did stick with Zima resorted to stuffing Jolly Rancher candies in the bottle to improve the flavor.

Zima was the pioneer malternative, but now it returns to a crowded field of competition from its offspring: Mike’s Hard Lemonade, Smirnoff Ice, Bud Light Lime-A-Rita, and on and on. Anybody looking for an alternative to beer already has a vast array of options, and little reason to turn to a bad-tasting 90s throwback.

MillerCoors is promising that today’s Zima will not be a new-and-improved version, but taste exactly the same as the old. It also claims this revival is a one-off, a summer fling that ends when the supply is sold; there isn’t much risk to the company if Zima proves to be a flop yet again. “Once it’s gone, it’s gone,” a MillerCoors exec warned. Of course, that’s what everybody thought the first time Zima was forced into retirement.