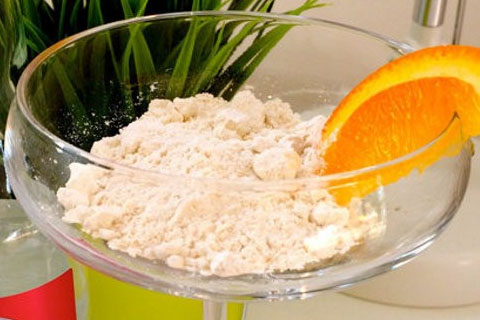 OHIO–While a similar bill is being put in front of the Colorado legislature, the Ohio House has voted for a second baffling time to prohibit the sale of powdered alcohol in the state. The bill, House Bill 14 in the 131st General Assembly, was put forward by Representatives Ron Gerberry and Jim Buchy, and passed in a similar form by that very same chamber this past November. This time around, it passed again by a vote of 92 to 1. Their reason? People may enjoy it too damn much.

Powdered alcohol, the result of science being done right in the service of our oldest pastime, is not new. A quick Internet search for “powdered alcohol patents” shows that it has been at least possible since 1974. So why the fervor to stop another precious child of Sweet Lady Liquor from breathing the sweet breath of life so long after its conception? An Arizona company named Lipsmark, LLC, recently got label approval from the Bureau of Alcohol, Tobacco, and Firearms for their powdered versions of vodka, rum, and a few mixed drinks, although the agency is now claiming that the approval was a mistake.

The mouth-breathing mid-western legislators that presented this new piece of Nanny-State nonsense are only the latest to try to stop its sale to even adults of legal drinking age. Their reasons are as flaccid as a wind-sock in a coal mine, amounting to nothing more than a childish fear that someone, somewhere, might get hurt because of it at some point in the future somewhere.

Now, no one wants to see the supple graces of alcohol result in injury to anyone, but it is not now, nor has it ever been, nor will it ever be the booze’s fault. Attempting to ban a novel new form of hooch out of fear rather than reason is a clear and dangerous sign of the traction that neoprohibitionist attitudes have gained in the law-making bodies of this country. Their arguments are no different than the inane spewings of the Temperance Movement in the early 19th century–the same ones that lead us in to the dark times of Prohibition America under the shadow of the 18th Amendment. Their arguments make booze sound more like enriched uranium, something that is simply too dangerous for us common folk to be around lest we level an entire city in a fit of irradiated exuberance. Which, come to think of it, is going to a be cocktail we have to create just to spite them. Banning one form of booze sets a legal precedent for banning all forms of booze, and that way madness lies.

Mercifully, the previous version of this Ohio House Bill 14 stalled in the state Senate at the end of their last session, so there is hope that it will happen again. This is not about whether powdered alcohol is a good thing (it sounds like too much work): this is about William Wallace-ing up to some legislative buzz-killing over-reachers and declaring that they will never take our freedom.

And once this bill stalls in the Senate again, the first round of Irradiated Exuberances is on me. Cheers.