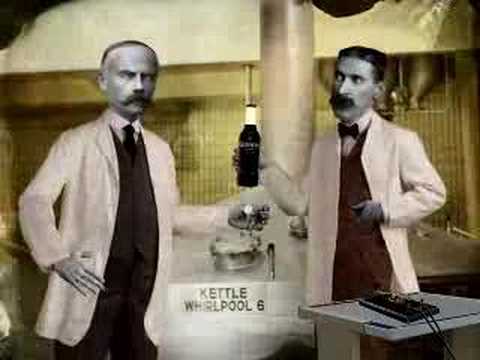 Bowing to pressure from vocal vegans, “Food Babe” Vani Hari, and like-minded fanatics, Guinness annouced recently that it’s altering its centuries-old filtration process to make its beer vegan-friendly. You’d think the legendary brewer would have better things to worry about, such as how to compete with the coming A-B InBev SAB behemoth. Guess not. Instead it risks squandering the good will of its loyal customers, “fixing” a non-problem for the sake of appeasing a hypersensitive minority.

Guinness and a handful of other brewers still filter their beer the old-fashioned way, using a product called “isinglass” that’s made in part from dried fish bladders. (Read all you’ll ever want to know about beer filtration and isinglass here.) This shocks the sensibilities of puritanical vegans and various health crusaders who have long petitioned Guinness to mend its ways. At last they’ve got their wish.

If it was any other brand, no one would care how they filtered their beer. But Guinness trades on its own cult of personality, emphasizing tradition, legend and lore. Guinness wouldn’t be Guinness without the famous dead rats myth, or the absurdly precise instructions on how to pour it, or the endless debate over whether it tastes better in Ireland than elsewhere. Meddling with a legend risks turning off brand-loyalists who’ve already tasted and love the beer, for the meager gain of perhaps inducing some strict vegans (who already have plenty of vegan-friendly beer options) to give it a taste.

Classic Guinness has already been spun off into multiple varieties, including a “Guinness Blonde American Lager” and a Nitro IPA. Here’s an idea: Why not just leave original Guinness alone, and spin off a vegan variety to tempt that crowd? Keep the isinglass production lines in place. Spring for a smaller, modern filtration system that uses synthetics or whatever, and start cranking out the vegan Guinness that the purists complain they’ve been deprived of for so long.