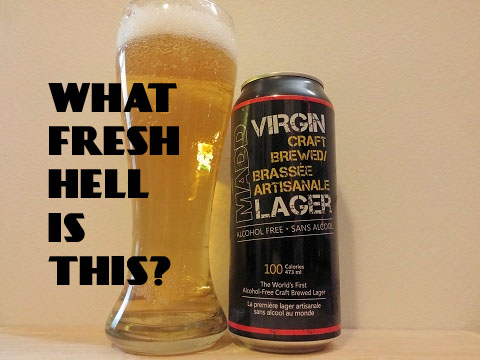 I tried to get some sleep tonight, friends. I really did. But as dawn approaches, I still cannot wrap my head around what Mothers Against Drunk Driving (MADD, if you’ve never heard of them) has gone and done. It defies logic. It defies reasonable explanation. It defies their very own position statements. It makes me question the very limits of sanity. MADD is making money off of the alcohol industry.

The brain-hurt started when I came across an article put up by the Minnesota Star Tribune that took a few read-throughs before I could start to grasp the sheer lunacy of the news. MADD has partnered with the beverage producer Stassen S.A., which was acquired by Heineken N.V. in 2012. Heineken N.V. is one of the worlds largest producers of beer and ciders, and for some ineffable reason, MADD has partnered with them to produce non-alcoholic wines and mock-tails that they will only sell to adults of legal drinking age. Normally, I would avoid so heavy a use of italics, but please take a moment to re-read that and feel the incredulity build within you.

That is no trick, my besotted brothers and sisters. It looks like MADD spun off a division called “MADD Virgin Drinks,” and they are using the MADD logo on the damn bottles. The looking glass was never meant to go this deep, and I fear that strange and terrible things lurk even farther beyond the already extant virgin Brut, virgin Blanc, virgin Rouge (which must offend our dear lord Bacchus on so many levels), virgin mojito and margarita, and a ball-achingly stupid virgin “craft brewed lager.” I have not had to refer to that many virgins since talking about my friends in high school. Ba-zing. Take that, all of my friends.

Now, Modern Drunkard has long shown a necessary light on the over-zealous,  under-reasoned, and police-state daydreaming antics of one of our countries most sacred cows, and this is one more step so far beyond the line of reason that we have to call them out again. In MADD’s own position statements, they expressly state that they will not accept money or in kind contributions from the alcohol industry. Their own FAQ section still says the same at the time of press. If you do not want to click that link, just look:

Does MADD accept funds from the alcohol industry?

MADD does NOT accept any funds or in-kind donations from the alcohol industry. In fact, such contributions are prohibited by the Position Statements passed by MADD’s national board of directors.

No uncertain terms there. No ambiguity. Even a concerted use of a bold font!

Except for the pesky fact that reality proves to be otherwise. Heineken N.V. is inarguably a major player in the alcohol industry, and MADD is accepting a portion of the sales (somewhere between 5-10%–read the damn Star Tribune article linked above. Numbers are hard.). So what accounts for this impressive display of cognitive dissonance?  Only two conclusions can be drawn: first, they are a corporate entity and will shill for a buck wherever they can get it; and second, they will crassly disregard their own principles in order to further their own deeper agenda, which is the elimination of alcohol from society writ large. Even MADD’s founder and former head, Candy Lightner, has been vocal about how the organisation has become a neoprohibitionist one.

Making non-alcoholic versions of beverages whose very beating heart and soul is Sweet Lady Alcohol, then selling only to adults over 21, and then marketing it as a product of an organization that wants to ultimately strip you of your right to drink is…well it’s baffling enough to keep you up at night. Wine without alcohol is grape juice, only you cannot buy their grape juice until you are old enough to just buy some damn wine. The author behind the Tribune Star article made a salient comparison:

It’s like GreenPeace trying to sell you a whale meat substitute: “Look! It comes in the same kind of packaging! It kind of tastes like what you like, but without any of the things that make you like it! And we’d never take money from the whaling industry! So buy this, it’s produced by WhaleCo, but it has our logo!” Or if Whole Foods started slapping their brand on Ramen Noodles that were made with even less…ramen? noodles? I don’t know what goes into them. It’s an affront to both decency and common sense, and every red cent they make off it will carry that hypocrisy.

Lest you get the wrong idea, this is not a statement supporting drunk driving or the right to get blitzed and then tear off down the highway doing a wobbly 70 miles per hour. If you’re thinking of getting loaded and then getting behind the wheel: just don’t. Stop it. No. Bad dog. But don’t think for a second that MADD has anyone’s best interests at heart anymore other than their own. When the founder of an organisation walks away from it saying that they’ve gone too far, that’s about as big of a red flag as you could ask for. For which you could ask? It’s late and I’m knackered. Grammar is difficult (especially when PBR is your spell-check), but remembering what it is you stand for is not.