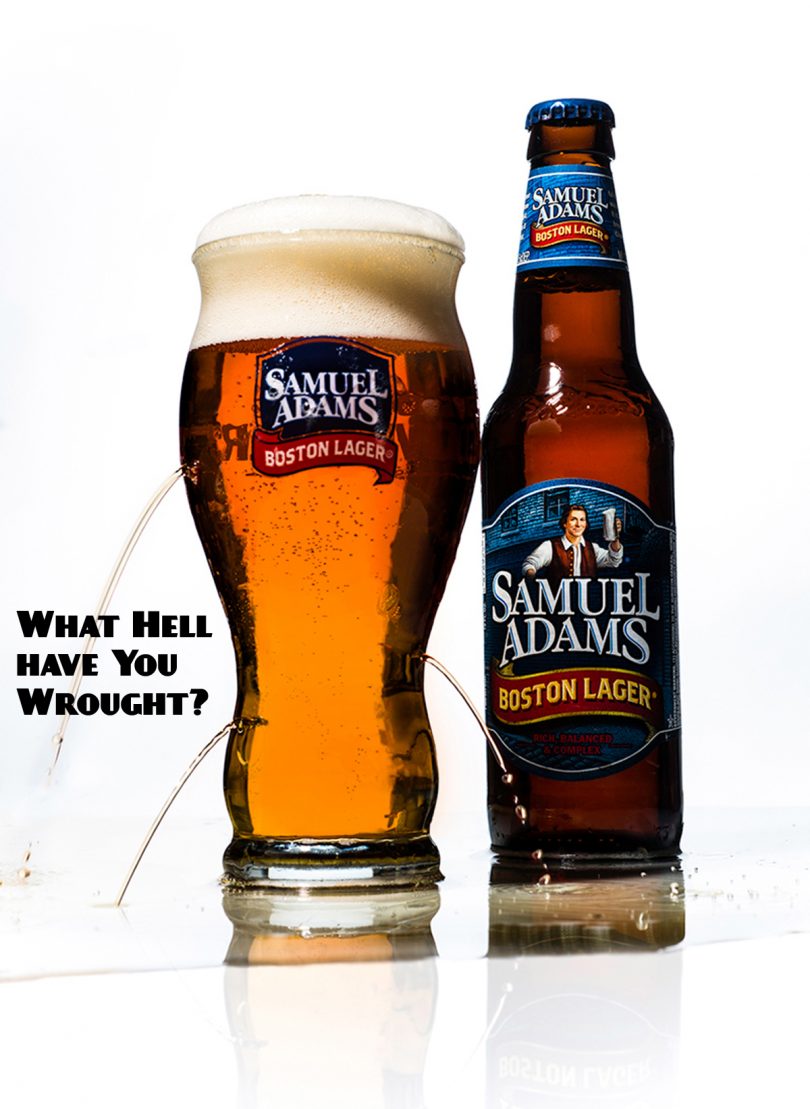 So yes, this may be a bit delayed, but I’m getting more and more pissed (in the American derogative sense and not the super-fun British sense) about Anheuser Busch’s bullshit ad from the Super Bowl (don’t click it–don’t encourage them) that continues to get air time on television. In particular, their assertion that Budweiser is brewed “the hard way,” and is thus deserving of our respect. Now, I don’t care if you drink Bud. If that’s your jam, then enjoy it. Bud Heavy serves a place in all of our repertoires and does what we need it to do when both our judgment and our budgets fail. But for fuck’s sake, don’t let InBev take the reins and claim the kind of dedication and creativity that ought to be reserved for those on the front line of beer creation; the doulas of beer birthing, if you will. And you will, because this is my article. So strap in, folks. Things are about to get angry.

As I’ve mentioned before, and as you well know, craft beers are a thing and are only getting bigger. Naturally, there are terrible, terrible craft brews out there (like anything involving peaches), but we are living in an age of amazing variety and selection that preceding generations could only have dreamt of. Of which?…forget it. Grammar isn’t important–the message is, no matter how poorly articulated.

But the variety. My god the variety of beers at our disposal. The mind fairly boggles.

And rightly so or not, the credit (or blame, depending on your view) goes to man-child Jim Koch and his Boston Beer Company. Now, I’ve been to the Sam Adams brewery in Boston (thanks to my dear friend, amazing writer, and superb drinking partner Caroline), and it was…just great. You can feel and smell the ingredients, you can see the fermentation tanks, you can witness beers being made before your very eyes. It’s like church, only there’s a tasting bar and no required reading that you feel bad for skipping before-hand. It feels so genuine, so pure that you can’t help but buy a branded bottle opener (guilty) and some kitschy seasonally-appropriate coozies (also guilty). If nothing else, it gives you the sense that all it takes is a dogged determination, some basic knowledge of brewing, and BAM!–you too can take a good idea and turn it into a multi-billion dollar business.

But, just as Sam Adams has proved, once an operation gets big enough, all values goes out the proverbial window. Which window, you ask? What am I, a contractor? The point is that there is a fundamental divide between a factory-brew operation and a regular craft brew one operating out of the back of someone’s Tercel. And this is where AB has crossed a line–they are simultaneously shitting on the craft beer industry and claiming that they put serious effort into their own swill. It’s a mechanized operation, and they are trying their damnedest to claim that “macro” label as a point of pride at the expense of folk who want nothing more than to put a new brew on the market while pouring everything they have into their tiny operation. It’s practically un-goddamn–Amuurican and needs to be criticized. Heavily. AB doing things the “hard way”?–not in the least. It’s like Ford claiming that their cars are made “the hard way.” It’s prima facie false and just plain offensive. Bud has its place, so why not acknowledge it? Why not embrace the mediocrity and move on from there?

Lest you get me wrong, dear BH readers, I’m not against macro-breweries on principle. I just feel that this kind of false work-ethic and claims to hard work are worthy of scorn and our strongest of protests, buying something local. Find a brewery near you and get some cases, some growlers–any measure of nectar that they’re willing to sell you. Whether or not it’s good is not the point.

So long as it doesn’t involve peaches.