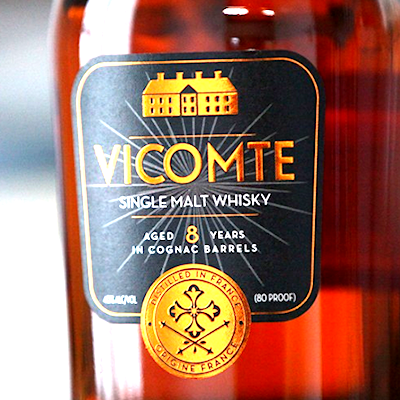 What country is the world champion of whiskey-drinking? According to a report that came out in March, the winner is… France, where the average whiskey consumption per adult is 2.15 liters a year. Uraguay is a distant second; the US comes in a disappointing third, downing a mere 1.44 liters per person per year.

Le Whisky (apparently the French prefer the Scottish spelling of the word) has become France’s national spirit, far outstripping native-born cognac. Scotch is their sauce: 90% of the whiskey they drink is scotch, both single malt and blended. Yet the most popular whiskey brand turns out to be Jack Daniel’s, followed by Ballantine’s, and then something called Clan Campbell.

France’s whiskey thirst has inspired some French distillers to try their hand at making it themselves. The French of course have centuries of distilling experience to draw on, though most of it is with fruits in making brandies rather than grain-based spirits. Twenty years ago nobody in France was making whiskey; but now there are 40 whiskey distilleries in the country, capable of producing 700,000 bottles a year. The number keeps climbing.

The French are quite proud of their burgeoning whiskey industry. So much so that there’s been some big talk lately of France one day becoming the epicenter of the whiskey world:

Nicolas Julhès, the head of the Distillerie de Paris said: “Within 15 years the world’s best whiskies will be French. We will be able to stop copying the Scots to bring a real French style. We have the greatest specialists on the ageing [of alcoholic drinks] who have always worked in wine and cognac.”

Sorry, Frenchy, don’t see that happening. But that’s not to say that French whiskey isn’t worth a look.

One French whiskey I like is called Vicomte, named for the station in French nobility one step above a Baron (“Elevate Your Status,” urges the English website for the brand). It’s a single malt, twice-distilled, then aged for 8 years in used cognac barrels, which definitely gives it an unusual taste. But it goes down easy, and at around $45 it’s at least cheaper than many scotch single malts.

Maybe the most popular French whisky is the awesomely-named Bastille 1789, which you can actually find in some mega liquor stores. Others (like Vicomte) you have to pay to have shipped to your door, if they’re available in the US at all.

Of course, the fact that Frenchmen pick Clan Campbell over their own homegrown stuff may not be the best endorsement. But just wait 15 years when French whiskey takes over the world.