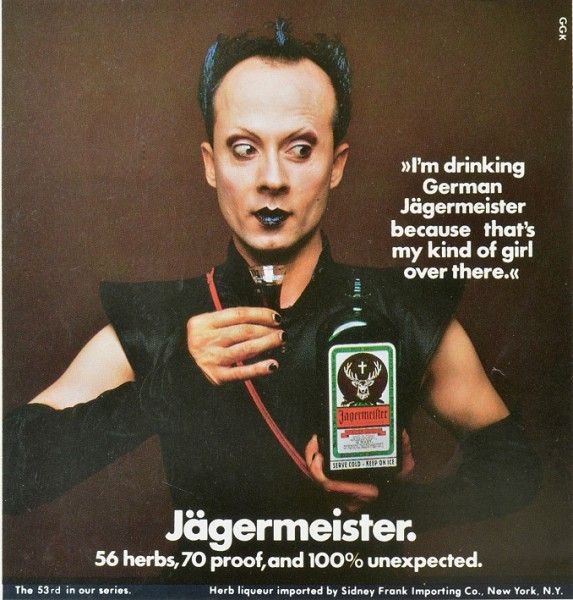 “56 Parts. Best as One.” That’s Jaeger’s new pitch, introduced in an ad campaign launched in March.  The idea, it seems, is to move away from younger shot drinkers (who now prefer Fireball anyway) and emphasize flavor, ingredients and craftsmanship.  In other words, sell Jaeger to artisanal fans who would otherwise never dream of buying Jaeger.

Jaegermeister has been around for decades, but until the 1980s was barely known outside of Germany, where it was sold as an after-dinner digestive aid.  Then a U.S. booze importer and visionary named Sidney Frank bought the U.S. importing rights to Jaeger on a hunch. At first Frank didn’t know how to market it (see the ad pictured with this post).  But the drink was so new (to Americans) and so strange, with 56 secret ingredients, that odd rumors about it kept popping up:  that it was made with deer’s blood, or opiates, or aphrodisiacs.  Even Jaeger’s weird, medicine-y taste made it alluring.  Enticed by the mystery, hard-partiers adopted it as their shot of choice.

Until now.  Fireball’s popularity seems as bizarre as Jaeger’s, but the fact it’s about $6 cheaper may have something to do with it.  Fireball officially dethroned Jaeger as America’s shot king last year, and inspired fiery knockoffs from Jack Daniel’s and Jim Beam.  Jaeger still has its fans (such as the young man in Pennsylvania who bit his mother when she poured his Jaegermeister down the sink) but clearly Jaeger as a party shot is in eclipse.

“The great thing for us is we have a lot of stories of craftsmanship to tell,” said Marcus Thieme, regional director for North America Jägermeister.

And while Jägermeister debuted a line extension in 2013 that was a vanilla and cinnamon blend, the company says it won’t launch new flavors simply to follow the next hot trend.

“Every day there is a new brand coming to the market, we don’t see it as a threat,” Thieme said. “We aren’t concentrating on what other brands are doing. It is better to drink Jägermeister than anything else.”

Well, we’ll see how it works out.  Jaegermeister completely re-invented itself once before, with unimaginable success; maybe a return to its roots isn’t that far-fetched.

UPDATE:  Several readers on Facebook noted that the man pictured in the ad above is Klaus Nomi, a German-born performance artist who moved to New York and died of AIDS in 1983.  Nomi wasn’t just dressing up to play a part, that really was his look.

Some other interesting images from the same Jaegermeister ad campaign that ran in New York magazine in the late 1970s/early 80s: 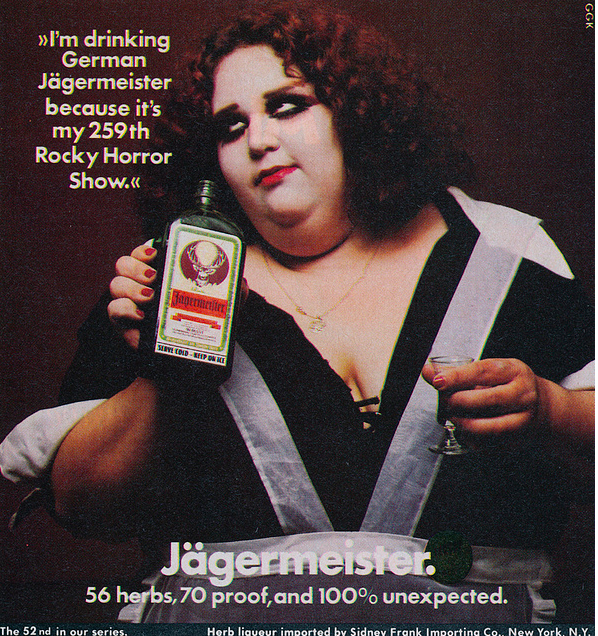 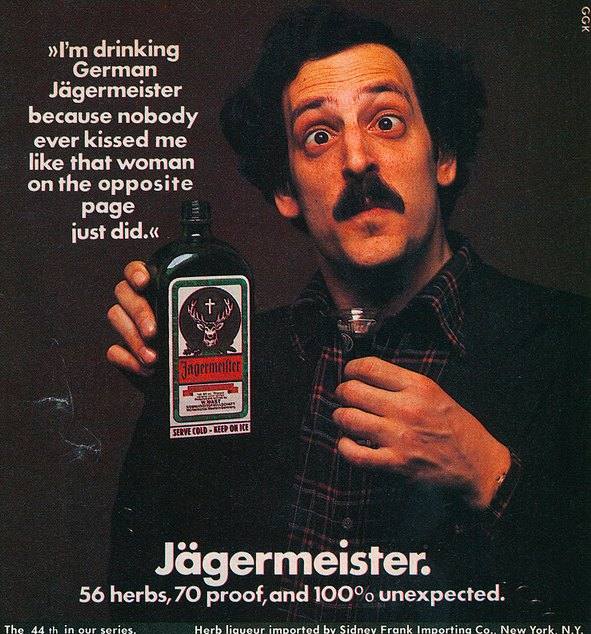 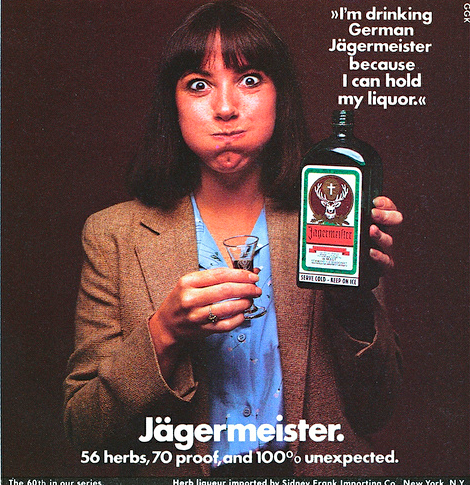 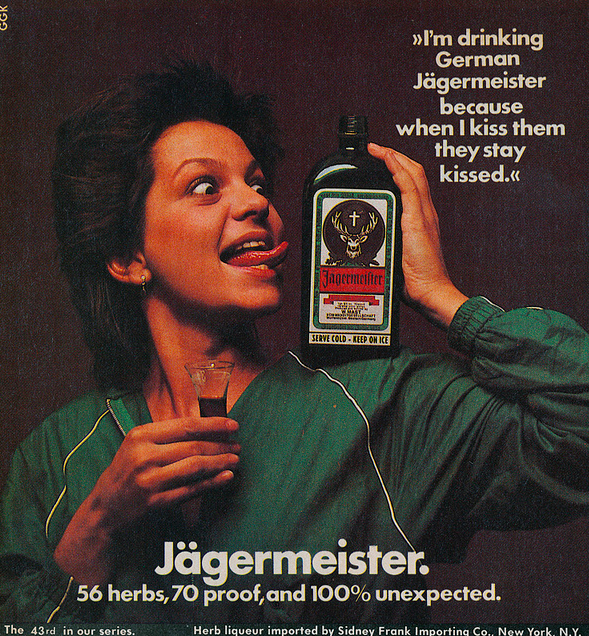 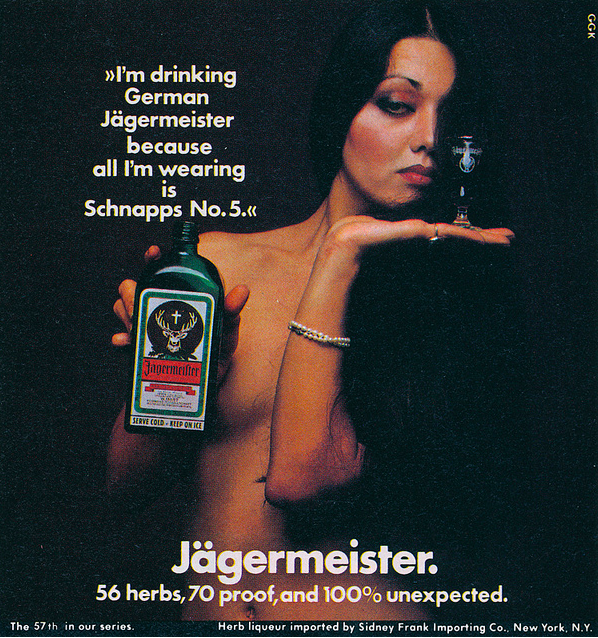