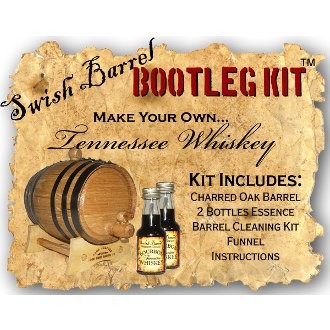 This, of course, is the “Lincoln County Process,” essentially the recipe for Jack Daniel’s and imitated by the (distant) number two-selling Tennessee whiskey, George Dickel. As noted here at TBH, a new bill proposing to wipe this definition off the books was introduced in the legislature this year.

The 2013 definition was passed at the behest of Jack Daniel’s, supposedly to protect the quality of the Tennessee whiskey brand. A surprising number of Tennesseans, including some new craft distillers, supported the definition and still do. No doubt many of them take pride in the notion that their booze is a Special Booze, codified into law just like bourbon and French cognac.

Leading the charge to overturn the law this year is… George Dickel, or more specifically their owner, booze giant Diageo, on the grounds that it oppresses small Tennessee distillers and stifles creativity.

You could easily question Diageo’s motives here. Dickel follows the Lincoln County Process and benefits from its exclusivity. And by the way, since when did Diageo become the guardian and protector of startup craft distillers?

Likely enough, Diageo’s apparent high-mindedness is just a ploy. Diageo owns the best-selling whiskey in the world, Johnny Walker; but Jack (owned by Brown-Forman) is number two in the world and charging fast. Arguably, nixing the 2013 law would weaken the Tennessee whiskey brand and keep Jack off Johnny’s neck for a while.

A better spokesman for the nix-it faction is Phil Prichard, owner of the number three-selling Tennessee whiskey. Prichard’s Tennessee Whiskey does not use a charcoal-filtering process, but was granted an exemption from the law and allowed to use the name for the simple reason that Prichard’s forbears never used charcoal-filtering, either. (As has been noted here, if you write a law and then immediately have to carve out a special exemption to it, maybe it’s not such a great law.)

Yet when Pritchard opened a new distillery after the bill passed, he found that this second site didn’t qualify for the exemption. Comically, the whiskey he makes at his original location is grandfathered out of the law, while whatever he makes at the new site is not:

“The fact that I can’t make whiskey according to my grandfather’s techniques at the Nashville location is a bit of a slap in the face to me,” Pritchard said. “It’s still the same grandfather, and I’m still Phil Pritchard.”

Jack/Brown-Forman, of course, vigorously defends the strict definition. “As a state, I don’t think Tennessee should be bashful about being protective of Tennessee whiskey over say bourbon or scotch or any of the other products that we compete with,” Jack Daniel’s master distiller Jeff Arnett said. But I would ask: If you have such a unique and special process to make your product, why force your competitors to use it too? Why not tout what makes your whiskey different from others and ridicule any imitators as knock-offs?

Having no special insight into Tennessee politics, I can’t predict how this debate will turn out. But if it were up to me, I’d trash this law — or any law — that amounts to a government mandate telling people what to do.

Opponents of the law enacted at the behest of Jack Daniel’s in 2013 said they withdrew their repeal measure Tuesday to try to generate more support before next year’s legislative session. But Jack Daniel’s master distiller Jeff Arnett declared the proposal dead.

“What it shows is that that dog won’t hunt — and it never will,” Arnett said. “We’ve put a stake in in this, and consider it to be over.”