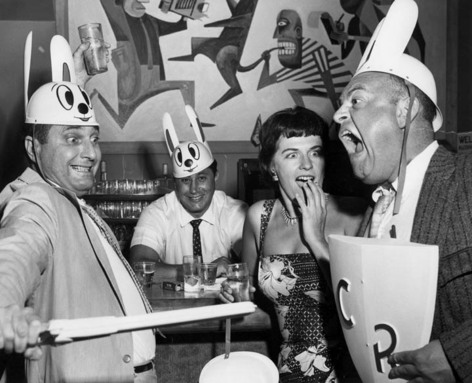 Incredible as it seems, there are cities, counties, and whole states in this country that completely ban Happy Hour promotions at bars and restaurants.  The good news is there will be one fewer if Illinois chooses to join the 21st century, as it seems poised to.  A bill to lift the ban passed both houses of the Illinois legislature this week, and awaits only the governor’s signature.

Happy Hour bans first sprang up in the MADDness of the 1980s, when the laudable sentiment to reduce drunk driving morphed into a quasi-temperance movement.  Massachusetts became the first state to pass a Happy Hour ban (in the year 1984, appropriately enough).  Illinois’ ban passed in 1989.

If the goal was to reduce binge drinking at bars, the ban utterly failed.  A year after it went into effect, according to the Chicago Tribune, Illinois bars started evading the ban by instituting Happy Days and offering drink specials all day long.  Meanwhile, it became clear that the state would need to hire an army of liquor board inspectors to enforce the ban, especially in the Chicago area.  Where the ban was actually observed and enforced, businesses suffered.  Happily, Illinois’ legislators have finally woken up to all of these realities, although it’s a shame it took a quarter-century to do so.

Happy Hour is a great American tradition that goes back to the speakeasy days of Prohibition.  It’s an after-work institution, when harried co-workers, finally sprung from their cubicles of drudgery, revel in their freedom together.  There is no reason why Massachusetts, North Carolina, Utah, and every city and county still trapped in the 80s should not follow Illinois’ lead and embrace this tradition again.