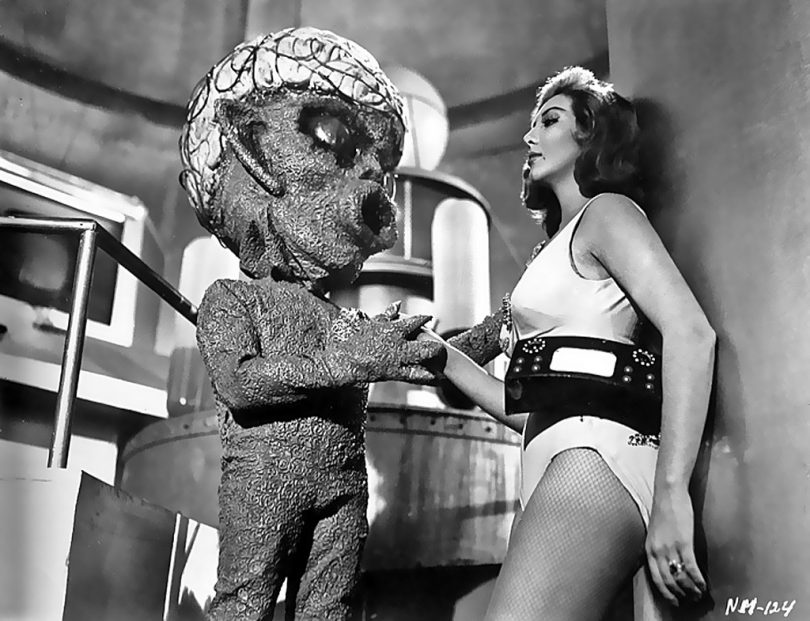 Venerable brandy label Christian Brothers has a big announcement: They’re about to launch an apple-flavored brandy on the world. Try to contain your excitement. To be clear, this is not apple brandy, a perfectly good spirit. This is traditional brandy distilled from grapes with apple flavoring thrown on top. Apparently some geniuses decided that since flavored whiskey is a hot seller, flavored brandy could be too. It’s another phase in the Mr. Bostonization of American brandy, one that must have the original Christian Brothers (who are no longer connected with the brand) frowning down from the Heavens.

Chrisitan Brothers VS has always been a low-tier brandy, but never a bad one. It was once produced by monks of the Congregation of Christian Brothers, who established a monastery in Martinez, California in 1882 and immediately set about making wine. They sold their surplus as sacramental wine, which kept them in business through Prohibition.

The Lord smiled upon the monastery when Brother Timothy Diener joined the Order in the 1930s. Trained as a chemist, Brother Timothy also turned out to be a wiz at wine-making and was quickly named Master Cellarer. Under Brother Timothy’s direction, the monastery acquired some vineyards in nearby Napa Valley and started turning out brandy and wine for sale to the general public, the profits being plowed back into the Order’s charitable work.

Christian Brothers Brandy turned into a pretty good seller, and the Order even sprung for some advertising in magazines such as Life and Ebony. The smiling, unintimidating Brother Timothy was the brand’s face and its pitchman. An evangelist not only for Jesus but for Napa Valley, Brother Timothy at his death was hailed as one of the founding fathers of modern-day Napa wine country.

Unfortunately, in the long run the brothers were simply unequipped to compete in the market with their nearest price competitiors, E & J Gallo and Paul Masson. In 1989 the Order sold the whole operation at a well-deserved profit. The new buyers ruthlessly sold off the Napa vineyards and centralized production at a plant in the San Joaquin Valley. Today Christian Brothers is owned by Heaven Hill Distilleries in Kentucky, the epicenter of bourbon but not of brandy.

So here we are, watching Christian Brothers wallow alongside the likes of Mr. Boston Wild Cherry Brandy. The standard Christian Brothers VS is stilll around, and even in its present debased form is not a bad value for the bottom shelf. Non-cognac brandy in general is so un-hip, it can sometimes be had for $20 a handle. But underproof hybrid grape-apple brandy, lord knows, is a step in the wrong direction.