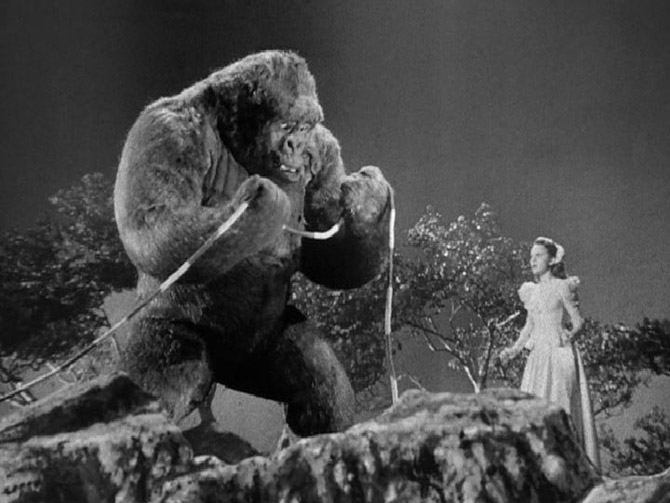 Being a knockoff isn’t necessarily a crime. But being a bad knockoff is cause for relegation to the bottom shelf Hall of Shame. Such is the case with that transparent Jack Daniel’s clone, Ezra Brooks bourbon.

“Ezra Brooks” wasn’t even a real person. The brand was conjured up in the 1950s by a shady outfit called Frank Silverman & Company. Its sole purpose was to take advantage of a Jack Daniel’s shortage that occurred just after Jack started becoming popular (and then sold out to Brown-Forman). The distiller who cooked up the booze, according to the book Bourbon, Straight, by Charles Cowdery, was a man named Ezra Ripy. Ripy and his employers agreed that “Ezra Brooks” sounded more melodious, and so the fictional Ezra Brooks was born.

Silverman & Co. then set out to imitate Jack’s appearance in every way possible: square bottle, black and white wrap-around label, artwork of an old-time distillery below the curving name, a claim to be “Sippin’ Whiskey,” and on and on. Jack sued Ezra immediately (the case is viewable here) but lost, since Ezra did at least claim to be Kentucky bourbon. Thus Ezra’s copycatting went on and continues in varying forms to this day.

Over the years Ezra’s changed hands multiple times, and is now owned by Luxco, a non-distilling producer that adopts unwanted bottom-dwellers. Where the actual bourbon is distilled is a mystery. Some say Heaven Hill, the mass-production booze factory in Kentucky that also cranks out Evan Williams and Elijah Craig, among many others — but Heaven Hill’s website doesn’t claim it. Nor does Ezra’s official website say, and Luxco did not respond to my query about its source.

Anyone who likes Jack and is hoping for a cheaper version of it in Ezra will be disappointed. Ezra does use “charcoal filtering,” but that’s not the same as the Lincoln County Process, and it doesn’t taste like it. As a Jack imitator Ezra fails in every way except the packaging.

And that’s the shame of it. As a bourbon, and with the understanding that it’s young and cheaply made, Ezra is a perfectly acceptable bourbon-and-coke whiskey. For all that it was conjured up out of nowhere to exploit a Jack shortage, at least distiller Ezra Ripy wasn’t serving out swill. I’d call it a solid, honest bourbon — if only it didn’t insist on surrounding itself with so much fakery.