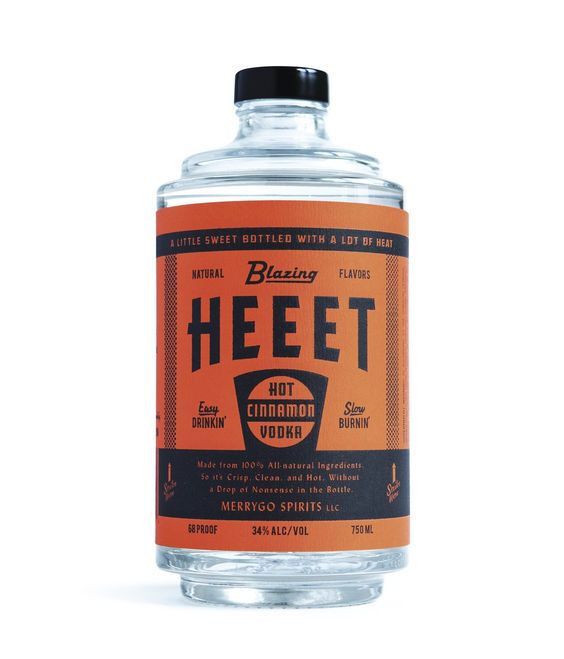 The world doesn’t need another Fireball knockoff, but it’s getting one anyway.

Ever since that spicy-sweet shooter became a hit, there’s been an endless wave of “firey” imitators vying for a piece of the action. Jim Beam Kentucky Fire. Jack Daniel’s Tennesse Fire. Captain Morgan Cannon Blast, spiced with jalapeno. You get the picture.

The latest brand to bring the heat is a vodka-based shooter with the subtle name of “Blazing HEEET.” A product of fledgling booze-maker MerryGo Spirits, HEEET first hit the street last March. It’s cinnamon flavored, distilled six times from “ultra-premium” vodka, and weighs in at 68 proof, slightly higher than Fireball.

The bottles are cleverly designed to resemble old-time kerosene jars. The match striker running down the side of the label is a further clue, if you’re still not sure, that HEEET is hot.

Having sampled HEEET, I can confirm that it’s hot enough. There is a cinnamon burn going down, just like Fireball, but without the pretense that it’s whisky. The aftertaste is like an alcohol-infused wad of Big Red chewing gum. It would probably be accepted as a shot with friends, especially if you’re buying. I can’t imagine what kind of cocktail could be made out of it, but somebody will probably think of something.

According to the promotional material MerryGo provided to The Brutal Hammer, HEEET retails for $24.99 — considerably more than a fifth of Fireball. Bad decision by MerryGo. If it was bargain booze, that would at least be a reason to buy it. As it is, HEEET is just another in the long list of underproof “burning” drinks for people who don’t like the taste of alcohol. If the price doesn’t come down, it won’t be on the list for long.