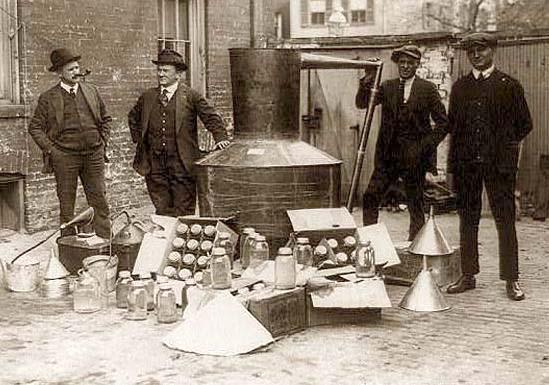 ORLANDO—Bob Tibbs, 69, was recently arrested in Flagler County, FL for the grave sin of giving the customers what they wanted.

Hoping to get a leg up on his competitors, the scrappy distiller/retailer did what every innovative businessman does when he wants to grow his business—he provided consumers with more options.

In addition to his original surface-of-the-sun flavor, the resourceful Mr. Tibbs began selling moonshine with hints of blackberry, strawberry or apple. He also offered his beverages in a refreshingly light 130-proof or a more full-throated 150-proof.

It took officers two solid months of undercover work to finally catch the cagey Mr Tibbs. He was released on a $5,500 bond.