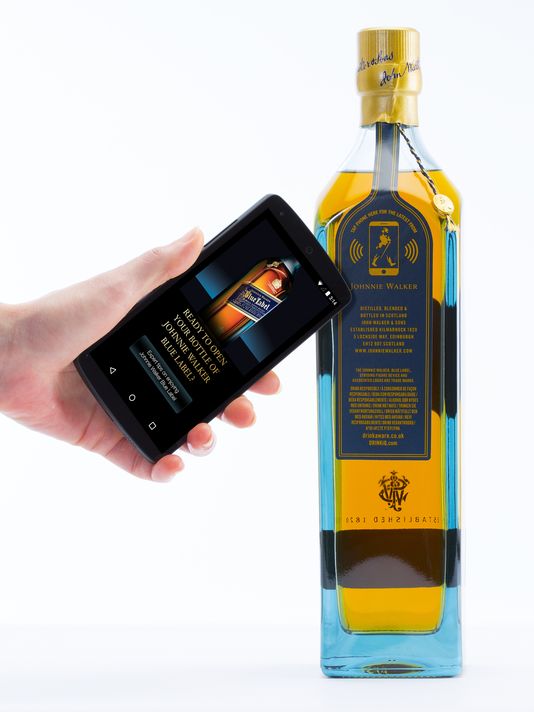 It always nags at me a little when someone unveils a useless invention. I know that human progress is not a zero-sum game—a surplus of attention in one area does not necessarily mean a deficit in another—but when there are still so many blind spots left out in the world, the creation of something really dumb can’t help but make me feel like we’re kind of collectively wasting our time. There are so many flavors of soda that have yet to get widespread diet versions. Grape, for instance. Only ever found it in the South!

So when one of the liquor world’s most major players, Diageo, announced recently that they were teeing-off a new concept in collaboration with Thin Film Electronics and unveiling a computerized “smart” bottle of blue-label Johnnie Walker meant to link up with shoppers’ smartphones, I tried to ignore it. Why worry about something so flighty? But the damn thing keeps coming up on my newsfeeds, and each time I see it, the thought of it gets me more and more antagonistic.

What is Diageo’s goal? “[T]o completely change the role of a bottle in the consumer experience.”

What is Diageo’s method? “[P]rinted sensor tags […] which can detect both the sealed and opened state of each bottle.”

Weird. Well, my take is we’ve got these eyes, and fingers, and so do most people. Granted, sensing the world in a tactile and visual way isn’t a skill everybody has. I guess it wouldn’t hurt to have a robot around to confirm things, no matter how obvious. May as well tell me more.

What else does it do? “The tags and the sensor information they contain will allow Diageo to send personalized communications to consumers.”

Holy shit! What do you mean personalized? The liquor screeching out your name is supposed to be a sign of DTs and imminent brain failure, not a feature to look forward to. Can you even imagine? So I woke up today to a text message from my whiskey bottle that read “Thanks for another terrific night, Sarah Szabo. See you soon! ;)” Christ, that’s horrifying.

What does this mean for my weekend? “[The technology] will make it possible to send consumers targeted and timely marketing messages, whether at retail or after purchase, such as promotional offers, cocktail recipes and exclusive content.”

Oh, fuck off. You know what consumers have never demanded? Commercials from products they’ve already paid for. Personalized commercials. GPS trackers in every god damn thing they own. Fucking robots in the liquor cabinet, bleating and beeping at you as you stroll down every aisle of the store, in abject terror, stinking of fear-sweat.

The only thing a bottle needs to do besides hold liquid is be of stout enough constitution to get weaponized. They should be sturdy enough to cave in the head of an enemy, yet also fine enough in their materials to reliably shatter when full of gasoline, lit aflame, and hurled.

Right now they’re calling it a prototype. I’m calling it a bad idea. Dear industry—stop complicating liquor bottles. No one’s buying liquor for the bottle. You want a real “smart” bottle? How about one that just does what it’s expected to without the fuckaround? What a goddamn brilliant concept.