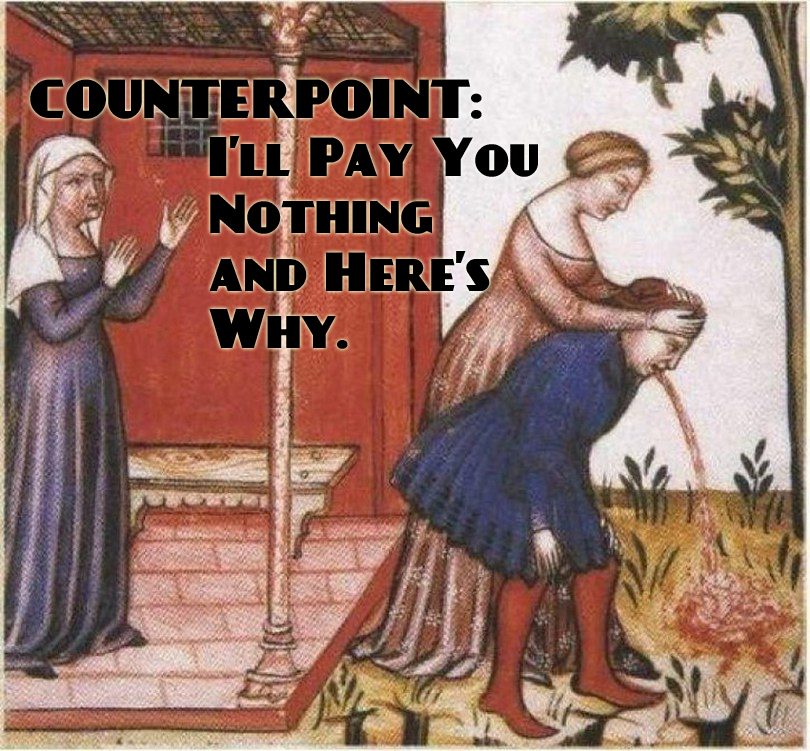 Fellow Hammer Bryan Dent made some salient points in his article about the arrival of in-home (or in-hotel, or in-back-of-an-Acura) hangover treatments, and such a service has a certain appeal. We all like to find one of life’s little cheat codes to skirt having to deal with the inevitable fallout of our admittedly brilliant spur-of-the-moment decisions. It’s like taking the time to try to trick speed-trap cameras into deleting their entire database (by…computer stuff?) or having really sketchy accountants, or just being a lawyer. As great as the feeling of success is when you’re playing within the limitations of a system, it’s so much more fun to find the secret shortcuts to that same success with only a fraction of the effort. It’s why video games (so the kids tell me before I chase them off my lawn with a rake) have cheat codes (and so do some websites, by the way), or why there are work-arounds to disable the speed governor on your car to give you those extra mph’s without having to go all Paul Walker on your used Nissan.

Yet, there are times when cutting corners puts you in the lowly ranks of cheaters like Nancy Grace, and your victory over challenge and adversity is as hollow as a bottle of Mad Dog on Skid Row. Sometimes you have to prove yourself by taking the hard road. On-call hangover treatment services fall into just that latter kind of category.

Hangovers are like the second day of boot camp: sure, you can show up on day one all ready to go, full of piss and vinegar, but if you can’t get back up and face day two, then you shouldn’t have enlisted. If you’re like me, then you’ve had jobs that haven’t lasted as long as some hangovers that you’ve tackled. Maybe that was the hangover’s fault, and maybe it wasn’t–that’s for HR to decide.

The point remains that hangovers are a testing ground, and there ought to be no free passes. Calling for a nurse and an IV drip to treat a hangover feels just plain wrong in the same way that tagging in a friend WWE-style mid-coitus because you just can’t keep  up the effort feels wrong. You finish what you started, or you don’t start it at all. In the world of Drink, there is no partial credit, no trophy just for showing up.

A wise friend of mine from one of my former days in retail once shared this gem: “Why would I waste my day off being hungover, when I could be hungover at work and getting paid for it?” That stuck with me, and it should stick with you for two reasons: first, odds are you work a job where you’re pretty replaceable because that’s how shit works and you are more expensive than a desperate temp with a similar resume and less dignity; and second, unless you’re a surgeon, your job doesn’t require 100% focus at all times. Most of what we all do is nonsense busy work and pretending that you need to bring your “A-Game” everyday is just a ploy that Sheila in HR and your boss tell you so that they can fuck off and do the kinds of things on company time that they’d fire your ass over in a heartbeat. Are these the people that make you feel bad over calling off sick for a wicked hangover? They shouldn’t be. But you shouldn’t let that hangover get the better of you either. You spent a whole damn night battling the bottle, and that means you’re made of the stuff of legends. You show up, you muddle through the turgid existence that is your daily life at a forgettable job, and you go back to being you. If you think you need to spend another night’s drinking allowance on a hangover cure for someone else’s edification, then you’re sorely mistaken. If they were worth it, then they would have been right there beside you for every round and cheered you on in the spirit of enjoying your few short years on this Earth.

I never thought I’d see the day, but I’m going to quote Ayn Rand in an agreeable fashion:

“You can avoid reality, but you cannot avoid the consequences of avoiding reality.”

Surviving a brutal hangover while still performing (in whatever way to choose to define that term) is the mark of a true fan of the Creature. We do battle, we take the hits, we bear the scars, and we carry the fuck on, the kicker being that we do it brilliantly.

But goddamn is there an allure to that little fix. Perhaps we Nation of Drunkards can lobby to get that covered by insurance (because drinking is a disease!–note, that link is bullshit, but we’ve heard it all before) so that we can continue on as we always have and not have to call off work, or we can chase the impossible goal of drinking like our forefathers did, without shame.

But science is on our side, so we must be on to something. Avoiding hangovers does have some serious economic benefits, and it does create some jobs, so it’s a little difficult to be hard-line against it. But pushing through a hangover is something that we all have to do sometime, and often if we’re going to earn our stripes.

In short, we should probably just learn how to do this on our own.