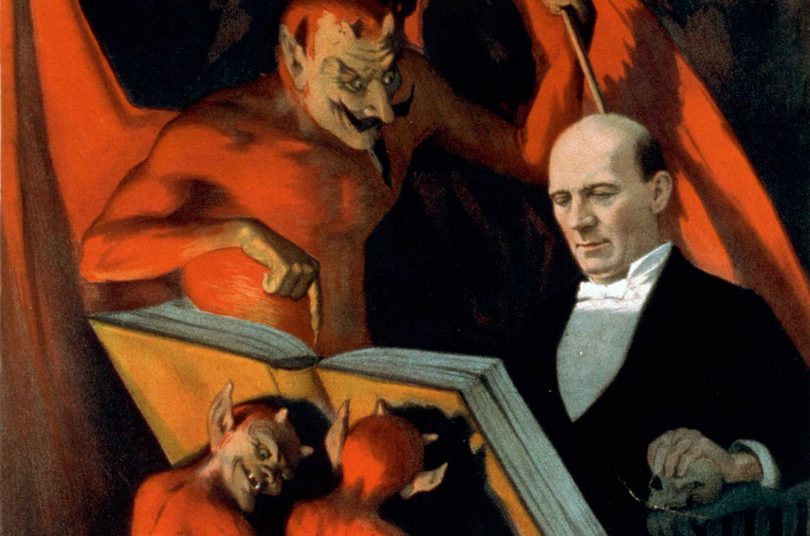 Microbrewers have long been the darlings of popular culture: they are almost always portrayed as rugged, no-nonsense iconoclasts who, in their uncompromising quest of making good beer and bringing it to the possibly undeserving public, are willing to buck against any hoary regulation or restriction that stands before them and their noble task.

Well, apparently that’s all bullshit, at least for a number of Colorado’s microbrewers. As unlikely as it sounds, they have joined an unholy alliance with the sole aim of keeping in place an ugly blue law left over from the dark days of Prohibition, namely the law that forbids Colorado grocery and convenience stores from selling any alcoholic beverage stronger that 3.2%.

Frankly, it’s an embarrassment. This state, which has led the way with marijuana legalization and has always presented itself as a stronghold of individual liberty, is still hustling near beer. It’s a stupid law on its face: if you’re going to let stores sell any beer at all, why not let them sell good beer? You have to be 21 to buy either, so what’s the point?

And you would imagine, seeing how they generally do not make 3.2% beer, microbreweries would be all for getting their higher-proof products into convenience and grocery stores, right?

Well, flying directly in the face of that fine logic, some of them apparently are not. From what I’ve gathered, there are four reasons they want to keep this particular relic of Prohibition in place:

1) They don’t think the big chain stores will let them in. This smacks of a grave lack of confidence. They plainly haven’t noticed there has been a sea change in the palette of American beer drinkers, that 11% of all beer sold in this country is craft, a number which is very likely to grow at an ever-faster rate. If a chain grocery store estimates their customers want craft beer and are willing to pay for it, they will not only stock microbrew in their stores, they will make a big deal about it. As soon as one chain jumps in, blowing their We Sell Local Stuff! trumpet, the others will follow in a stampede. If there’s money to be made, they’re in. It’s called capitalism.

2) They fear change,  as evidenced by Michelle Reding of Dry Dock Brewing: “The old system worked well for us and the new one might not.” Well, that’s just tough, Ms. Reding. If you want to work in an innovative field, sometimes you have to get out of your comfort zone and take a chance, especially when it’s plain to anyone with common sense that the change is very likely to benefit you. The motivation for taking a hard stand against the rights of the average consumer should be made of sterner stuff than slight trepidation.

3) They think that letting consumers buy beer from grocery stores will somehow thwart the craft revolution. Again, Ms. Reding: “This craft culture would never have developed without the liquor laws and system we have here.” Which is utter nonsense. California, for example, has allowed grocery stores to sell proper alcohol since time eternal, and it not only led the way during the early days of the craft movement, it presently has more craft breweries than any other state. And the industry is thriving.

It has also been pointed out that those chain stores are mostly headquartered somewhere else in America, and everyone knows that any person or business that calls another state home is The Devil. (Although, if you were to ask those same brewers if they’d like to expand their distribution outside Colorado, they’d not only be very happy to wear those horns, they would curse anyone who dared point them out as jingoistic yokels.)

4) The liquor stores are their friends and they must stand with them. Sucking up to the only retailers that can  presently sell their product may be a smart move in the short term, but in the long run it is always a mistake to side with special interests against the consumer. And if I remember right, the smaller liquor stores weren’t so excited about the craft revolution, entirely because they wouldn’t have to the space to stock all those different beers which would put them at a natural disadvantage with the mega stores. I also remember them not being very excited when the mega liquor stores like Argonaut’s (which is also part of this coalition) popped up. They swore up and down these Walmartesque giants would put them right out of business, and behold: All those doomed David’s are not only still thriving, they’ve allied themselves with those very same Goliaths. Finally, these are the same well-rehearsed Cassandras who proclaimed that being allowed to sell alcohol on Sunday would somehow drive them out of business. It’s seven years down the road from that plunge over the existential cliff, and they have not only managed to survive, I’ll bet their bottom lines have improved.

If truly you want to know how fragile and wrongheaded this coalition is, consider this: If you asked these bedfellows if it should be legal for a microbrewery’s tasting room to sell carry-out beer, whether it be growlers or six-packs or whatever, I’ll wager you’d get a resounding, “Of course it should be legal, let righteous freedom ring!” from the brewers, and an even louder wail of, “Oh my God, why don’t you just cut our throats now because we’ll be out of business by tomorrow morning!” from the liquor store contingent.

Now, I can understand the motivations of the liquor stores. It’s a turf war. They’re fighting progress and consumer rights to keep dollars in their pockets; every special interest group does that and ever will it be so. What I don’t understand is these certain microbreweries choosing to slow dance with the Devil. They are not only putting themselves on the wrong side of history, they’re revealing themselves as timid pro-regulation handwringers, as opposed to the robust agents of freedom that lifted the craft movement off the ground in the first place.*

In the end, all this shouting from special interests is entirely beside the point. This boils down to a pure consumer-rights issue. An adult American should be able to buy alcohol is as many different places as are capable of responsibly selling it. Eventually this law will fall to the wayside, just as it has in so many other states, and when that glorious day comes, when all the bells of freedom are ringing joyously throughout the land, these turncoat microbrewers can gaze into their treacherous little hearts and marvel, “Gee, we were rather craven back then, weren’t we?”

*I could very well be wrong in thinking these are the same bold adventurers and rugged pioneers who hacked their way through the maze of government regulations that tried mightily to strangle the early microrevolution. These are more likely the soft and trepidatious souls who always follow in the footsteps of all great pioneers, the prim and timid shopkeepers who quail at anything that might upset the status quo.