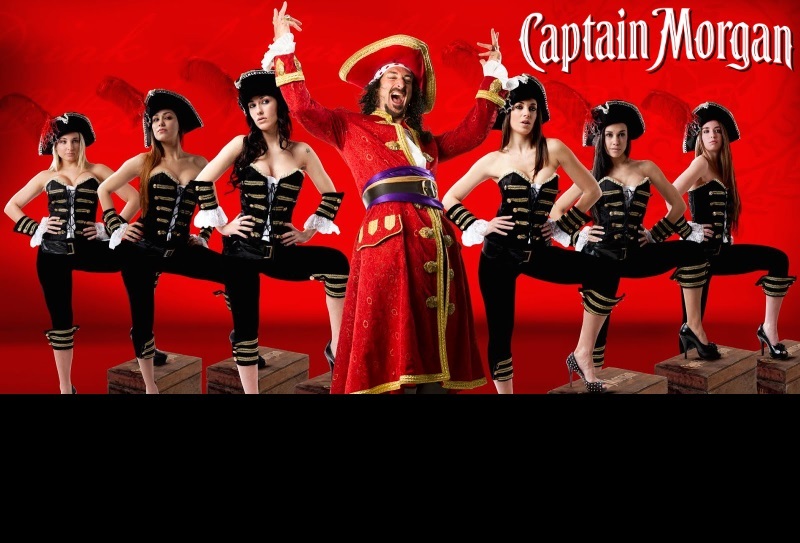 In an ocean of nautically-themed spiced rum, it’s tough to stand out from the crowd. Much easier to not even try. So it is with bottom shelf-dweller Admiral Nelson’s Premium Spiced Rum, the blatant Captain Morgan copycat.

The stereotype of rum-swilling pirates and sailors is nothing new. Rum of course comes from sugar cane, mostly from the Caribbean, and will forever be associated with nautical images and high-seas adventure. Even top-shelf rums like Kraken (named after a sea-monster) and Sailor Jerry, when marketing their brands, can’t resist the call of the sea.

Admiral Nelson’s is named after the greatest naval captain in history, whose corpse was allegedly preserved in rum after he fell in battle. Cheap spiced rum is one way to honor his memory, if perhaps not the most dignified. Unfortunately, when parent-company Luxco launched Admiral years ago in the wake of the Captain’s success, it turned the national hero into a cartoon of a cartoon: a Morgan knockoff complete with flowing moustache and eye-patch, brandishing a cutlass and a mug of grog.

In 2011 Luxco sold the brand to Heaven Hill Distilleries, whose longer reach turned it into a big seller. This got the attention of Diageo Corp., owner of Captain Morgan, and the inevitable lawsuit followed. Last week, Canada’s Federal Court ruled that Admiral infringed the Captain’s trademark and barred the sale of Admiral Nelson’s there. Turns out that Nelson, or at least Heaven Hill, is the real pirate.

But the rum itself, though a creature of the bottom shelf, is no monster. Copying the Captain even in flavor, Nelson’s compares well with Morgan and even beats it on price. Both are “spiced” with vanilla (Nelson’s maybe a little more so than Captain) and barely distinguishable in a mixed drink, which is all you would use either of them for anyway.

If the goal is just to get three sheets to the wind, Admiral Nelson is up to the job. But you might soon have to start looking for him in different guise.