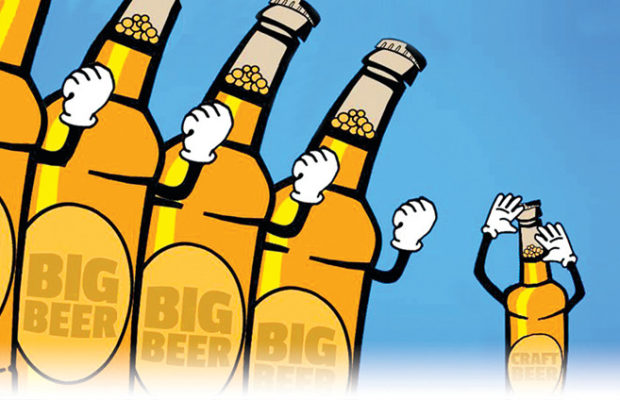 Anheuser-Busch InBev couldn’t be happier about the rise of American craft beer. According to their latest press release, it’s nothing less than a “dream come true”:

American craft beer is booming! There are now over 6,000 craft breweries in the U.S., with over 700 opening in the past year alone…. As an organization that has 11 craft partners and employs over 18,000 beer enthusiasts, this is a dream come true.

This, from the brewery that just three years ago mocked craft in its notorious “Brewed the Hard Way” Super Bowl ad.

A-B InBev has since changed its mind and started gobbling up its small craft rivals, Wicked Weed being the most recent. The brewery organizes them in a separate division of “craft partners” that it calls “The High End” (which would seem to put its flagship brand Budweiser on the Low End, but whatever).

Last week, the brewery announced big plans for its High End brands. The “Elevate” initiative promises (among many things) fresher beer, with best-consumed-by date coding on all bottles. On the public relations front, the High End will be Elevated by a very ambitious, very expensive scheme to go green:

A-B could use some good public relations. The Elevate campaign comes just two months after the Brewers Association launched its own initiative, “Take Back Craft,” and announced tongue-in-cheek plans to buy out A-B InBev. The “certified independent craft” seal will start showing up on bottles from independent brewers in 2018. From A-B’s standpoint, a little tree-hugging might give them a little cover — something they can toss back in the teeth of critics and skeptics.

Of course, the A-B InBev folks will insist that their commitment to the environment is genuine. Just like their recent conversion to elevating craft beer is genuine. Better late than never.