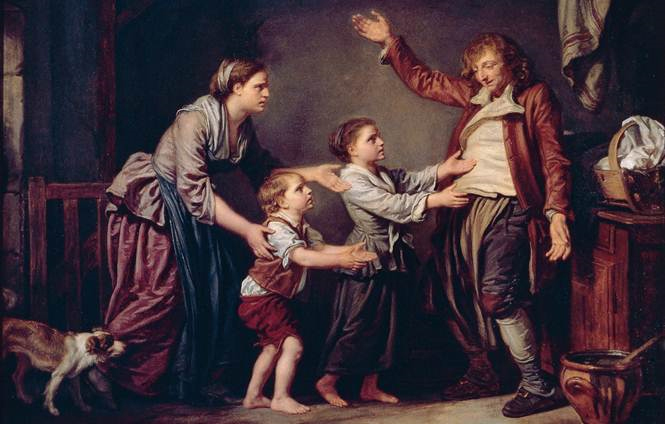 Tarjay is trying to move up in the world. As noted here at The Brutal Hammer, a Target department store in Chicago is planning to sell booze to thirsty shoppers for consumption on premises while they roam the aisles tracking down deals:

Angie Thompson, a Target spokesperson, confirmed that the Minneapolis-based retailer applied in August for liquor licenses to sell and serve alcohol at a planned store in near Chicago’s Navy Pier. If approved, it would be the first time Target has served alcohol. “We sell liquor at a number of stores, but we currently don’t have any Target stores that serve liquor on site,” she told Fortune. She declined to comment further on the plan’s details.

The 24,000-square-foot store in the Streeterville neighborhood also could open the way for the chain of 1,799 U.S. stores to play bartender to dads shopping for car wax and moms seeking back-to-school sneakers.

It’s part of a welcome trend of retailers offering a drink-as-you-shop option in some unlikely places.

Many supermarkets and groceries already use the lure of booze to boost sales. Some Kroger grocery stores offer wine bars and beer taps where shoppers can purchase or refill their growlers. Whole Foods Markets serves drinks to shoppers at 70 of its 400-plus stores. One ShopRite in Pennsylvania has a “beer garden” (although it’s indoors) where shoppers can sample local craft beers they might be thinking about taking home.

Starbucks coffee shops started serving beer and wine just this year, as part of their “Starbucks Evenings” campaign to attract customers after peak hours. Unliklier still are places like hair salons (Beauty Bar offers a “Manicure and Martini Happy Hour”) and ritzy clothing stores such as Nordstrom and Tommy Bahama.

As for Target, booze just might be the cure to help it overcome the blow to its reputation from a recent, notorious hacking incident:

The retailer is still trying to recover from the disastrous customer data breach two years ago where some 40 million customers had personal information in their Target accounts compromised by hackers. The real problem was the retailer’s response to the hack attack because it didn’t let its customers know there was a problem, but rather quietly notified banks, which clamped down on consumers’ credit card spending.

The episode badly damaged Target’s reputation and broke the trust of its consumers, the fallout from which the retailer is only just managing to overcome.

Here’s hoping Target starts the booze flowing elsewhere besides Chicago. But even if it doesn’t work out, in-store drinking is looking like a trend that might stick around awhile.

pictured artwork:  “The Return of the Drunkard,” Jean-Baptiste Greuze, 1782.