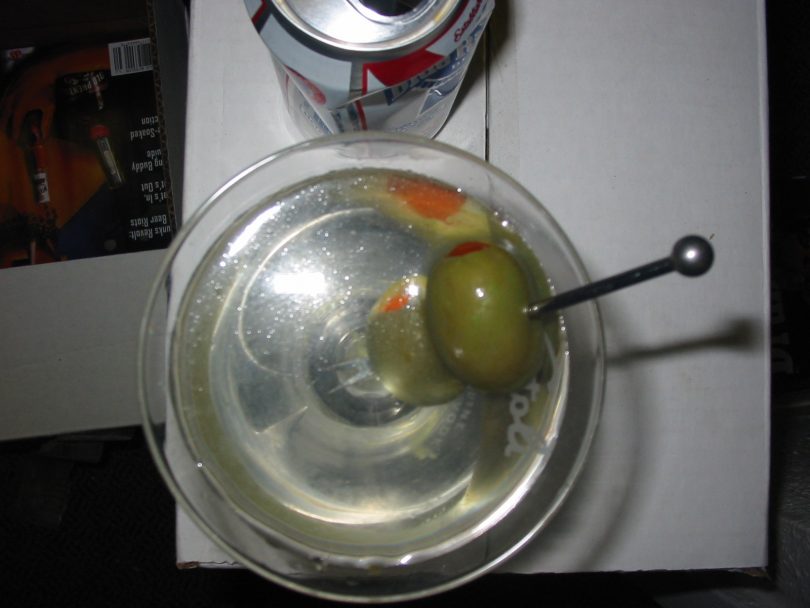 The Best Martini in the history of the world

DENVER–The “best goddamn martini in the history of the world” was created last night in the kitchen of Denver resident Jake Pressman. Alerted by a tweet accompanied by a photo posted at 11:25pm, a Brutal Hammer news team rushed to the scene to discover Pressman had already consumed the martini.

“Trust me, though,” he said. “It was the best goddamn martini ever made by humanity.” The only other witness to the event, Joan Pressman, asserted, “It did look pretty good.”

Mr. Pressman confessed he had prepared and imbibed seven previous martinis that evening before landing on the “best” martini, but that had no effect whatsoever on his judgment. “I was honing it down, tweaking it, until I got it just right,” he said.

According to Pressman’s Facebook and Twitter history, he has previously created “the best goddamn” margarita, Old Fashioned and chili mac.