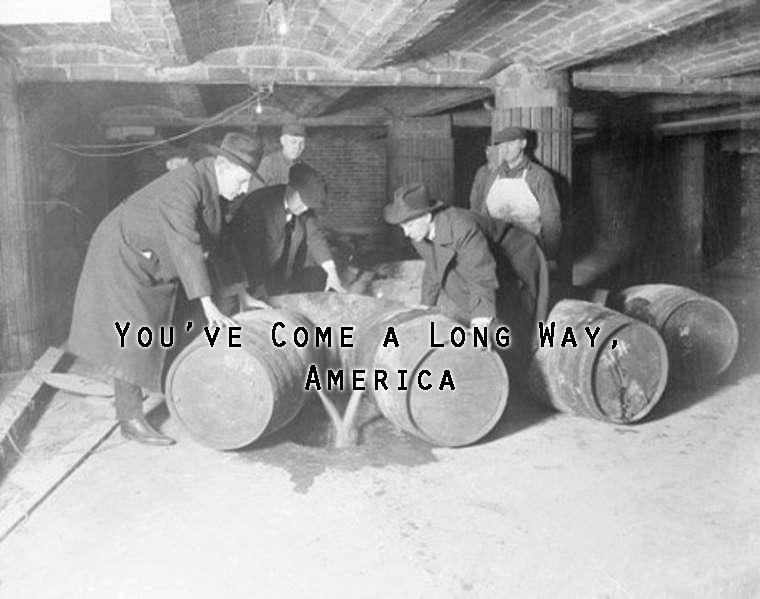 If you’re a regular reader of TBH, then you know that trends in the world of the Creature are studied even more than the cultural impacts of the Kardashians. To wit, a new global study by Euromonitor International–a far-reaching and thorough market research organization–has found that global alcohol consumption in 2015 had gone down from previous years in every country except for one. Perhaps you know where this is going. . .

That’s right, America is the only country across the globe where total consumption actually rose in 2015. Now, I would love to be able to bring you the raw numbers in a deeply and disconcertingly “did I actually get consent for this?” kind of way, but the full report is massively expensive (global briefing reports in the alcoholic drinks sector run more than $1,000 a piece and I only have box-wine money right now), so I will have to rely on the fine, fair, and balanced reporting on Fox News‘ website. So, yeah–full-on ‘Merica at this point.

According to the Fox report on that study, US total consumption was the only increase in the global data set: up from 29.8 billion liters in 2014 to 30.6 billion in 2015, a rise of about 2.68% if I mathed it right. That is close to the percentage by which China (the world’s single largest spirits market) declined over the same time span.

What I do not know right now is if that just means that established drinkers are imbibing more or if more people are being drafted into our noble ranks. What I do know is that this is good news for a couple of reasons:

First: Attitudes are changing, and that is a good thing.

If you were wondering about the image at the top of this column, that is a photo of the Prohis of old–the federal agents tasked with hunting down booze in the earlier 20th century and making sure that no tax-paying American citizen could enjoy the freedom of having so much as a sip of it. Granted, that photo was taken somewhere around 1921, but there are still government agents across the globe (and we’re not even talking about Islamic states that have a total prohibition against alcohol on the books) that are still doing the same damn thing. We used to be a nation of worry-worts who wanted to blame every bad behavior and poor decision on the Demon Drink, all the while ignoring that alcohol never gave anyone an idea that wasn’t already rattling around in a barely-maintained cage in their ill-tempered mind. The Creature is a disinhibitor, not a font of new and terrible predilections. We still wrestle with this easy-to-grasp concept like greased pigs with a slick rubber carrot (just read this op-ed from New Zealand for evidence), and attitudes are a hard thing to change.

However, we have come a long way. The complete prohibition against booze was the only Constitutional amendment we ever collectively ratified and then repealed…with another amendment. That’s a long and laborious process, but we got it done. Eventually.

Second: Maybe we should look to Europe for guidance on this one.

As un-‘Merican as it is, I’m going to take a stand that “the European nightmare” that we hear about so much in our politics viz-a-viz health care and “entitlements” warrants a closer look into their drinking culture. Alcohol is a golden calf for the conservative right and nanny-staters alike, yet we seem to be in the minority of nations that have taken it to the constitutional/national level. You should let that last link really set in.

That previously-mentioned New Zealand op-ed is a great piece, and it speaks the same truth for which we have often argued: the rate or level of drinking is not ever a problem–it’s the people and how they practice their devotionals at the alter of booze. If deep down you’re just a dick, then that’s on you. Don’t you dare ever blame your dickishness on drinking.

Think about France or Germany, where drinking (in one form or another) is a common part of day-to-day life, and yet they don’t seem to have the same kind of spectacles like pumpkin festival riots, just being in college, or for. . . I want to say a keen understanding of history? Maybe we can look to contemporary European Union members as a model of how to move forward.

Third: Have you seen us really go off the rails yet?

True, we as a country are drinking more, but when is the last time you saw a drunken brawl on the sidewalk, or some lone drinker at a sports bar flip a table and challenge the room to a no-holds-barred melee? Yes, as a nation we are drinking more, and yet we are not a modern day Sodom and Gomorrah, completely unhinged and without a sense of decorum.

I can practically feel groups like MAAD and Focus on the Family with their hackles all raised and gathering the first drops from the on-coming storm of the spirits revolution. Here we are–the drinking-est we’ve ever been (maybe?) and still holding together as a society. Perhaps there is cause for hope, some light in the tunnel to say that we can enjoy a drink and not ruin the fabric of America at the same time. You know, like the. . . fabric miners of old? Was that a thing? Down in the tunnels? Or was I just thinking of rabbits? This metaphor got away from me, I admit. It’s been a long box of wine.

No matter what the cause, we’re leading the pack and that brings with it a certain responsibility. And if you’re reading this, then you’re on the front lines so listen up:

DON’T BE A MUPPET.

That’s really all it takes. You can do this. You probably are already doing this.

So just keep doing it.

We’re at the head of the pack, the fore-runners, the standard-bearers. Let’s not screw this one up.

Cheers, and don’t make me regret this.