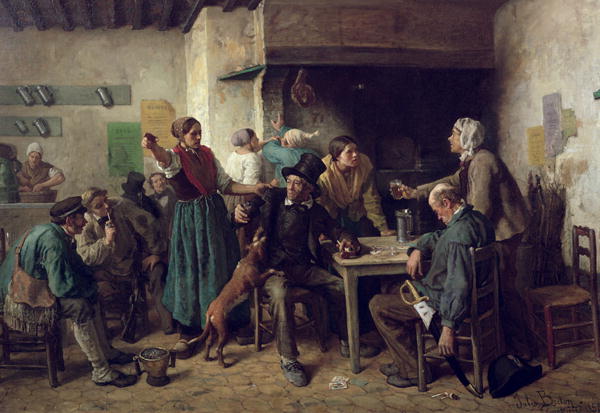 Beyond all reason, the state of Maine mandates that Last Call at bars be rung at the laughably early hour of 1 a.m. This June, the governor of Maine proposed an experiment: Push Last Call back to 2 a.m. just for the duration of the summer, and reassess things afterward. But even this modest proposal proved too radical for the state legislature, which rejected it unanimously in committee. Maine voters, behold your public servants in action.

The Last Call debate is one that no one should still be having at this point, but it keeps popping up at both the state and municipal level. Last Call times vary all over the country, but wherever there is a movement somewhere to extend them (or, on the other side, to cut them back further) the same tired argument is always trotted out by the nannies: the later the Last Call, the more crime — particularly drunk driving — will occur.

Not so, according to the best data we have available. I’ll save you the eye-glazing reading and let an enlightened advocate of late Last Calls summarize:

Data from the U.S. National Traffic Safety Administration illustrates that states with last call laws of later than 2AM have fewer driving deaths related to alcohol than states which require patrons to leave establishments at 2AM or earlier. When establishments close early, patrons often rush to have a drink before the bar closes and drive shortly afterward. When establishments remain open later, patrons can leave at a time of their choosing, and this may moderate the pace of consumption.

Beyond dubious traffic concerns, the boon of late Last Calls to local businesses, and too-often deserted downtowns, should be apparent. Further, human beings in the modern world work longer and odder hours than they did in days past. The era when most people worked 9-to-5 jobs, and 2 a.m. seemed the very dead of night, is long gone.

To stipulate the obvious: No state in this Union should be shutting down its most profitable businesses at 1 a.m. — especially not Maine, whose largest industry is tourism. Delaware, Mississippi, Nebraska, New Hampshire, North Dakota, Rhode Island, Utah — you too are on the clock.

Pictured artwork: “Wine Shop Monday,” by Jules Breton, 1858. The top-hatted gentleman appears about to be 86ed, not a victim of Last Call, but I couldn’t pass it up.